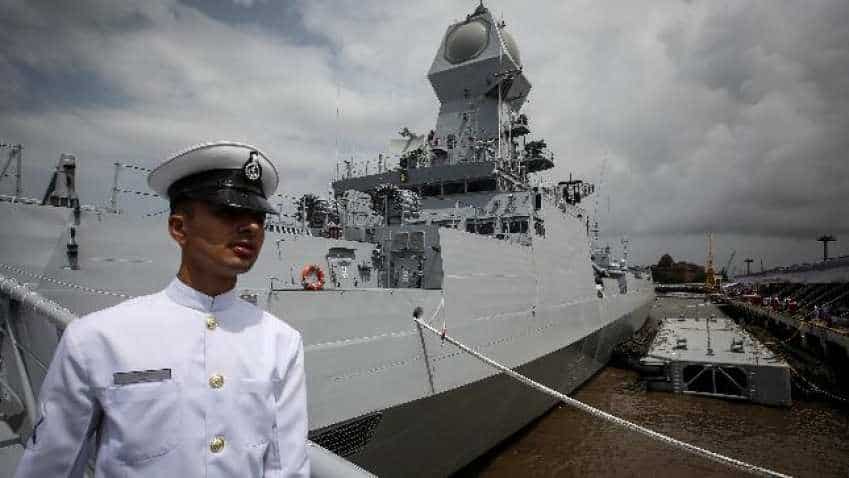 Indian Navy Recruitment 2018: There are 3400 vacancies and of them 2500 posts are for Senior Secondary Recruit (SSR), 500 posts for Artificer Apprentice (AA) and 400 posts for Matric Recruit (MR). Image source: Reuters
Written By: ZeeBiz WebTeam
RELATED NEWS

Indian Navy Recruitment 2018: Indian Navy has issued a recruitment notification for the posts of Sailor. There are 3400 vacancies and of them 2500 posts are for Senior Secondary Recruit (SSR), 500 posts for Artificer Apprentice (AA) and 400 posts for Matric Recruit (MR).

The application process will start from December 14, 2018 and will continue till December 30, 2018. The applicants must go through the official notification before applying for the posts. The candidates should make sure that they have all the requisite qualification and experience for these posts.

These posts are for unmarried male candidates. The applicants may visit the official website joinindiannavy.gov.in for details about the posts.

Eligibility Criteria:
For the posts of Senior Secondary Recruit (SSR), the candidates should be 12th pass with Maths and Physics. They should have at least one of these subjects in class 12 -- Chemistry, Biology, Computer Science.

For the posts of Artificer Apprentice (AA), the applicants should be 12th pass with at least 60 percent marks in aggregate with Maths and Physics and one of these subjects -- Chemistry, Biology, Computer Science.

For the posts of Matric Recruit (MR), the candidates should be be Matriculate from the Boards of School Education recognised by MHRD, Government of India.

Selection process:
The candidates will be selected on the basis of merit in Computer-based examination. The candidates have to qualify in Physical Fitness Test (PFT) and fitness in Medical Examinations.

How to Apply:
The candidates may apply online through the official website of Indian navy joinindiannavy.gov.in from December 14 to December 30, 2018.