With the economic activity gaining momentum post Covid 19 lockdown and rollout of coronavirus vaccines, the Indian economy is likely to do better than the projection of an 8 per cent shrinkage in the current fiscal, says Finance Ministry. 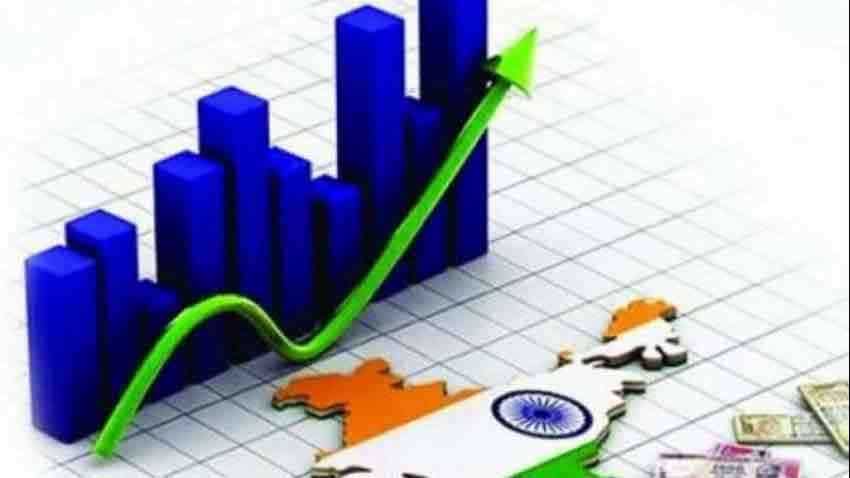 With the economic activity gaining momentum post Covid 19 lockdown and rollout of coronavirus vaccines, the Indian economy is likely to do better than the projection of an 8 per cent shrinkage in the current fiscal, says Finance Ministry.

The Department of Economic Affairs in its monthly report said the recovery of global output has slowed following the re-imposition of lockdowns in advanced countries amid renewed COVID-19 waves and its emerging variants.

However, economic activity in India has gathered pace with mild stiffening of the COVID-19 curve, failing to deter a steady uptick in consumer sentiment, which has been bolstered by the inoculation drive.

"Often overlooked in the spate of COVID-19 vaccine development and ongoing inoculation drive, social distancing poses as a social vaccine that also needs to be continuously administered for health and economy to make a quick recovery in India as well as abroad... The social vaccine is as important as the real vaccine," it said.

While India continues to avoid the second wave of the pandemic, there has been a surge in cases in eight states -- Maharashtra, Kerala, Punjab, Tamil Nadu, Gujarat, Madhya Pradesh, Karnataka and Haryana -- underscoring once again the inevitability of social distancing in keeping the pandemic at bay until a critical mass of inoculated population builds up immunity to control the growth of infection in the country.

"Positive GDP growth in Q3 of FY21 – for the first time since the onset of the pandemic – adds to the positive sentiment as the economy is set to close the year with activity levels higher than measured in the second advance estimates of GDP," the report said.

It said the Reserve Bank''s industrial outlook survey (IOS) conducted in Q3 of FY21 has also re-affirmed this optimism, with respondents indicating a strengthening of production, order books and employment during the third quarter, driven by easing of lockdowns, re-opening of businesses and improvement in the availability of finance from banks and internal sources.

GDP growth is expected to be in positive territory in the second half of 2020-21, the report noted.

GDP is derived by adding taxes and subtracting subsidies to GVA.

The Finance Ministry''s Economic Survey had in January projected economic contraction this fiscal ending March at 7.7 per cent.

"Since GDP growth (or contraction) has been distorted in FY 2020-21 on account of significant growth of subsidies, GVA growth is a more appropriate measure to follow in the current year," the report added.

The ministry said that both food and fertiliser subsidy outgo is Rs 3.7 lakh crore more than what was budgeted for 2020-21.

"After making adjustments for pre-payment of loans of 2.0 trillion rupees taken for paying subsidy of previous years, the balance 1.7 trillion rupees emerged as the additional subsidy paid in the pandemic year.

"This enhancement between budget estimates and revised estimates caused the growth of subsidies to be significantly higher than the growth of indirect taxes," the finance ministry''s monthly economic report said.

The lockdown imposed to prevent the spread of the COVID pandemic pummelled the economy as demand dried up and non-essential businesses were shuttered.

In the April-June quarter, the economy contracted by the steepest ever 24.4 per cent, and 7.3 per cent in the September quarter. However, in October-December it came back in positive territory with 0.4 per cent growth.

Corporate bond issuances at Rs 6.3 lakh crore during April 2021-January 2021 were 21.6 per cent higher than those in the same period of last year.