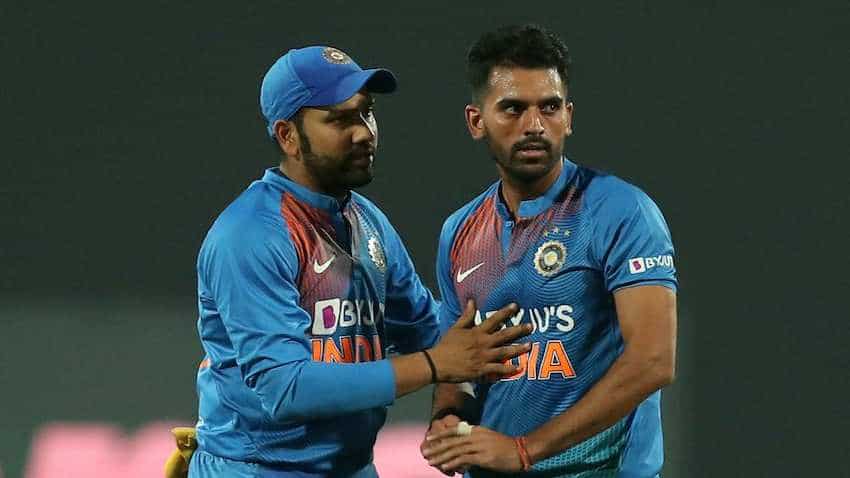 With Deepak Chahar in top form, only one out of Bhuvi and Shami is likely to find place in the starting 11. Source - BCCI.
Written By: ZeeBiz WebTeam
Edited By: Harish Dugh
RELATED NEWS

IPL 2020: Why is Andre Russell failing? Brian Lara thinks KKR all-rounder has been found out

IPL 2020: Chris Gayle explains why he pointed at 'The Boss' logo after scoring half-century

India vs West Indies T20: Led by a now very experienced Kieron Pollard, the West Indies cricket team is in India to make a mark and gain some confidence following the humiliating loss against Bangladesh as the Indian cricket team gets another chance to test players and find the right combination ahead of next year's T20 World Cup. Even though the men in blue managed to win 2-1 against Bangladesh last month, they have lost four out of their last seven series in the shortest format of the game. To their defence, the selectors have tested several players during this phase while few key names like Virat Kohli, Hardik Pandya, MS Dhoni and Jasprit Bumrah being rested.

For the series against West Indies though, the Indian skipper returns to the squad along with the experienced fast-bowling duo of Bhuvneshwar Kumar and Mohammed Shami. However, with Deepak Chahar in top form, only one is likely to find place in the starting 11. The visitors are without some big names too including Andre Russell, Sunil Narine and Chris Gayle.

The West Indian line up will feature more inexperienced and relatively unknown names like Shimron Hetmyer, Nicholas Pooran and Keemo Paul along with the CPL star Brandon King. In fact, some of them will enter the series with one eye on the Indian Premier League auction scheduled to take place on December 19.

IPL 2020: Why is Andre Russell failing? Brian Lara thinks KKR all-rounder has been found out

IPL 2020: Chris Gayle explains why he pointed at 'The Boss' logo after scoring half-century