Challenging external environment and widening trade deficit notwithstanding, most economists believe India’s GDP grew at the fastest rate in the world at over 7% in the first quarter of the current fiscal as industrial output and private investment picked up. 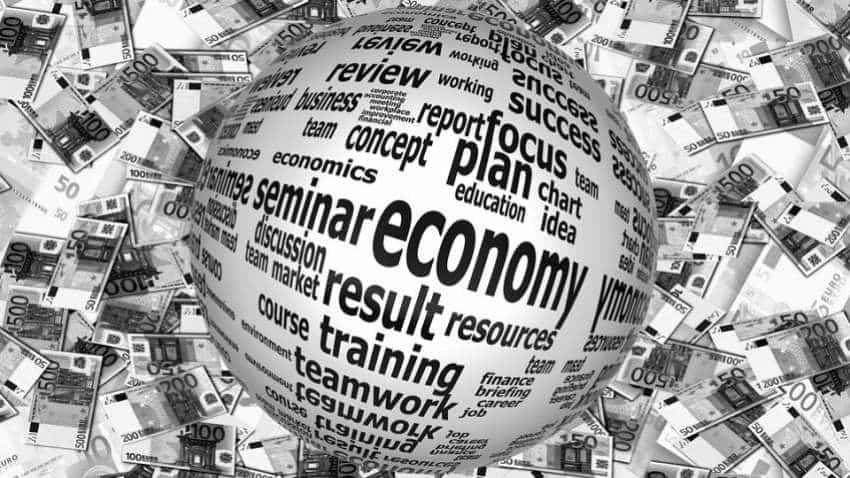 The Reserve Bank of India (RBI) has forecast GDP growth of 7.4% in this fiscal. Image source: Pixabay

Challenging external environment and widening trade deficit notwithstanding, most economists believe India’s GDP grew at the fastest rate in the world at over 7% in the first quarter of the current fiscal as industrial output and private investment picked up.

This is likely to come right after a 7.7% economic growth in January-March or the fourth quarter of last fiscal.

Economists also do not see the government going overboard with their capital expenditure to stimulate growth in a scenario where household savings growth is slowing down.

Devendra Pant, chief economist and senior director, India Ratings and Research (Fitch Group) and D K Srivastava, chief policy advisor, EY India, both project GDP to come in at over 7%. Pant pegs it at 7.5% while Srivastava sees it coming between 7.3% and 7.5%.

The only difference is Pant predicts GDP growth to ease a bit in the second half of the fiscal compared with the first half.

The EY economists, on the other hand, believes economic growth could pick up in the later part of the fiscal.

The Reserve Bank of India (RBI) has forecast GDP growth of 7.4% in this fiscal. Most domestic and overseas rating agencies also believe India is likely to grow at over 7%.

The government is most likely to publish the first quarter GDP numbers by the end of this month.

Hugo Erken, senior economist of Rabobank, who accurately predicted the slump in GDP growth in the quarter after demonetisation in 2017, also estimates the first quarter GDP number to be at 7.6%, based on the “nowcasting” model.

His expenditure component model throws up a growth rate of 7.5% in the June quarter.

“We used a couple of projection models. Expenditure component model arrives at 7.5% GDP growth. We also have the nowcasting model, which uses high frequency indicator data and is a little bit more accurate than the others. Based on that, we came at 7.6% GDP growth. We have to wait and see whether that is correct,” he said.

India Ratings’s Pant said one of the reasons for high print in the April-June period was the base effect.

Last year, GDP growth during the same period had been 5.6% due to the impending GST implantation, which had resulted in huge de-stocking by businesses, and demonetisation hangover.

“It’s an outcome of both base effect and revival in industrial growth. Last fiscal the GDP growth was low and even the industry was weak in the first quarter. This year it’s better than last year so we could see some improvement in growth,” he said.

According to him, even the consumption and the capital expenditure data fuelled confidence among economists for the first quarter number.

Arvind Virmani, former chief economic advisor to the government, refrained from giving a GDP growth projection for the June quarter, but said loose fiscal policy would heighten macroeconomic risks in an “an uncertain global environment”.

“I don’t expect a policy of fiscal expansion to stimulate growth. This would increase the risks in an uncertain global environment marked by rising interest rates and US-China tariff war. I don’t make quarterly forecasts, because quarterly GDP is based on extrapolation and interpolation and not directly estimated,” he said.

Virmani’s GDP growth outlook for 2018-19 is between 7.25% and 7.5%. “In terms of consumption and from the expenditure side also when we look at GDP, it looks good. Last year, investment growth was not very good. This year, it’s a relatively stronger investment number and so putting all of it together we expect 7.5%,” said Pant.

EY’s Srivastava says a realistic estimate of GDP growth would be some between 7.3% and 7.5% and anything closer to 8% would be a tad optimistic. Axis Bank has reportedly given an outlook of an economic growth upwards of 8% for the last quarter.

The EY economist sees the first quarter growth driven entirely due to domestic factors. “There is a revival in investment, with both private and public sector investments growing. The private investment is mainly gathering momentum now and capacity utilisation figures are also better.