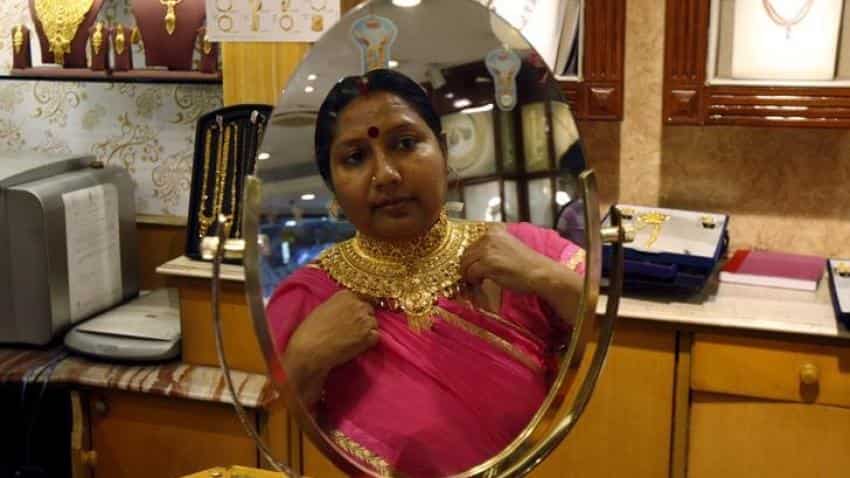 A woman is reflected in a mirror as she tries on a necklace at a jewellery showroom on Akshaya Tritiya, a major gold buying festival, in Kolkata. Image Source: Reuters
Written By: Reuters
RELATED NEWS

Indian authorities withdrew on Friday an amendment that made jewellers subject to anti-money laundering legislation and caused a drop in gold sales.

The Prevention of Money Laundering Act obliges banks and other financial institutions to report all cash transactions above 50,000 rupees ($765) to the government, including customers` personal identification numbers or tax codes.

Transactions by jewellers in the world`s second-biggest gold consumer were added to the list in August but without specifying a financial threshold.

However, that dented jewellery sales during the gold-buying festival season because customers were wary of providing personal details, industry body the All India Gems and Jewellery Trade Federation said.

"For the time being we have withdrawn the notification and we will be reissuing it with clear cut guidelines," Hasmukh Adhia, revenue secretary at the Finance Ministry, told reporters.

Demand for gold typically rises in the last three months of the year as consumer buy more for the wedding season and for festivals such as Diwali and Dussehra.

"It is a big relief. The timing is right – just before Diwali," said Ishu Datwani, owner of Mumbai-based Anmol Jewellers.

Indians will celebrate Diwali in the third week of October, a holiday period in which the buying of gold is considered auspicious.