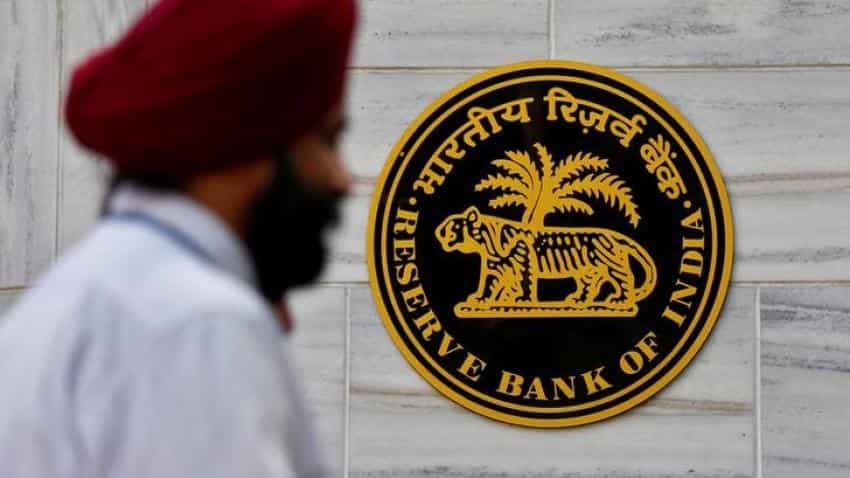 The RBI kept its repo rate on hold at 6.25% for the fifth month in a row as it forsees ‘inflation stickiness’ as discernible, demonetisation after effects and modest global growth rate among other factors. Image Source: Reuters
Written By: ZeeBiz WebTeam
RELATED NEWS

The Monetary Policy Committee ‘surprised the markets with a pause,’ was one way India Inc described the Reserve Bank of India’s decision to maintain status quo on interest rates on Wednesday at 6.25%.

"It`s a big surprise to us. It looks like going ahead there are no chances of further rate reductions. The commentary is in line with the decision they have taken but it is probably not in sync with the reality. They are still saying that there is upside risk to the 5 percent inflation number, which is very shocking because across the street everyone is talking about definitely a below 4.5 percent CPI number," Anjali Verma, Economist, Phillip Capital India said in a report to Reuters.

India Inc accused RBI of not recognizing the reality of the economy’s situation post demonetisation fiasco.

“I think somewhere RBI seems to be probably not accepting the slowdown to be beyond a temporary phenomenon and that’s triggering a pause in policy," Upasna Bhardwaj, Senior Economist, Kotak Mahindra Bank was quoted in a report by Reuters.

Analysts have labelled this policy as ‘disappointing to say the least’ as they were expecting a further cut in the interest rates to 6% in the RBI’s sixth bi-monthly policy.

"It’s quite disappointing that RBI has come out with a strongly hawkish policy at a time when growth slowdown has become very acute in the aftermath of demonetisation. Somehow, RBI has not perceived demonetisation as disinflationary, unlike the GOI Economic Survey. Shifting policy stance from accommodative to neutral at a time when the government is talking about stimulus doesn’t make sense," Rupa Rege Nitsure, Group Chief Economist, L&T Financial said.

The RBI kept its repo rate on hold at 6.25% for the fifth month in a row as it forsees ‘inflation stickiness’ as discernible, demonetisation after effects and modest global growth rate among other factors.

Arundhati Bhattacharya, Chairman of SBI said, "Given the general environment of uncertainty both domestically and abroad, the RBI decision to maintain status quo was on expected lines. RBI view is right that monetary policy transmission will improve further if NPAs are resolved, capital position of banks improves and small savings rates are more market driven. Regarding the change of stance from accommodative to neutral, it may be a little early to shift the stance."

“Although, the probability of the repo rate being reduced to 6.0% has become decidedly weaker, as corroborated by the spike in 10 year G sec yields, a final rate cut of 25 bps should not be ruled out at this stage,” Naresh Takkar, MD and Group CEO, ICRA Ltd said.

Industry experts were expecting a rate cut on the back of a depressed economy following demonetisation.

“A cut in the repo rate would have boded well for the economy.  Giving a push to demand which has taken a hit in the demonetisation process is critical as also the need to incentivise domestic private investment in the country which remains lackadaisical,” Pankaj Patel, President, Federation of Indian Chambers of Commerce and Industry (FICCI) said.

The RBI in its monetary policy document cited that the Union Budget’s provisions of affordable housing stances would ‘contribute to growth’ in India and in turn help the gross value added (GVA) which is expected to grow at 7.4%.

“The RBI’s decision to keep the policy rate unchanged is disappointing for the real estate sector. With controlled inflation and the government showing fiscal prudence, one expected the Monetary Policy Committee to have cut the policy rate by minimum of 25bps,” Shishir Baijal, Chairman and Managing Director, Knight Frank said.

He further added, “This would have offered banks leeway to further lower lending interest rate to increase capital expenditure and spur growth in employment and sentiment prevailing in the economy. All these factors would have given substantial impetus to the beleaguered real estate sector.”

Similarly, Navin Makhija, Managing Director, The Wadhwa Group said, “The RBI has shown neutrality by maintaining the repo rate at 6.25% in its first bi-monthly monetary policy of 2017.  However, post the temporary disruption due to demonetization; we had anticipated a change which would boost the economy. Nevertheless, we support this decision and hope the RBI takes measures to cut interest rates in the near future to complement the initiatives taken by the Government to ensure stabilization of the Real Estate Market.”

In the Union Budget that was presented by the Ministry of Finance on February 1 the government said that the fiscal deficit aim for the next fiscal would be 3.2% instead of 3%.

Killol Pandya, Head Fixed Income, Peerless Funds Management said, “The policy voiced several concerns of RBI including sticky core inflation, government wage increases, currency volatility and crude oil price rise. RBI also expressed hope that banks would transmit rate cuts already effected in a more comprehensive manner. This casts a shadow on rate cut hopes for the April policy and may be viewed negatively by the markets. We expect the benchmark 10 year GSec to trade in the range of 6.60% to 6.75% for now. We may see some increase in corporate bond spreads in the coming weeks on the back of an expected increase in supply.”