Naidu inaugurated the first international flight from Vijayawada to Singapore and laid the foundation stone for the integrated passenger terminal building at Vijayawada Airport. 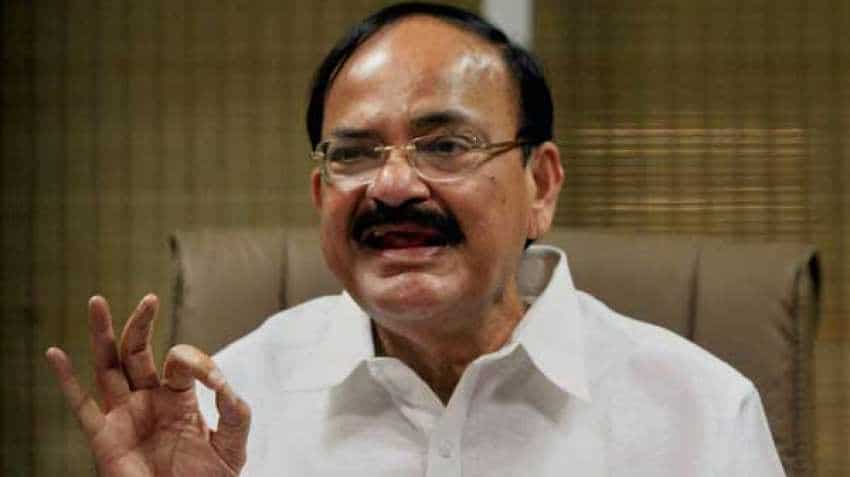 Naidu inaugurated the first international flight from Vijayawada to Singapore and laid the foundation stone for the integrated passenger terminal building at Vijayawada Airport.

He said the passenger traffic which witnessed 14.1 per cent growth over the last five years is likely to touch about 400 million by the year 2020.

He said that in spite of the growth in passenger traffic, some of the airlines were facing problems and hoped that things would improve soon for them.

The Vice President said that an international flight from Vijayawada to Singapore would further enhance the connectivity as well as Andhra Pradesh`s business and tourism potential.

He said the new state-of-the-art terminal spread across 35,000 sq metre is being developed with Rs 611 crore to handle 1,200 passengers everyday with 24 check-in counters and eight gates.

The terminal would also accommodate parking facility for 1,250 four wheelers. A total of 14 immigration counters, three customs counters, and five baggage belts would be installed for the convenience of international and domestic passengers.

The Vice President said the new air connectivity between Andhra Pradesh and Singapore would increase India`s reach in South-East Asia.