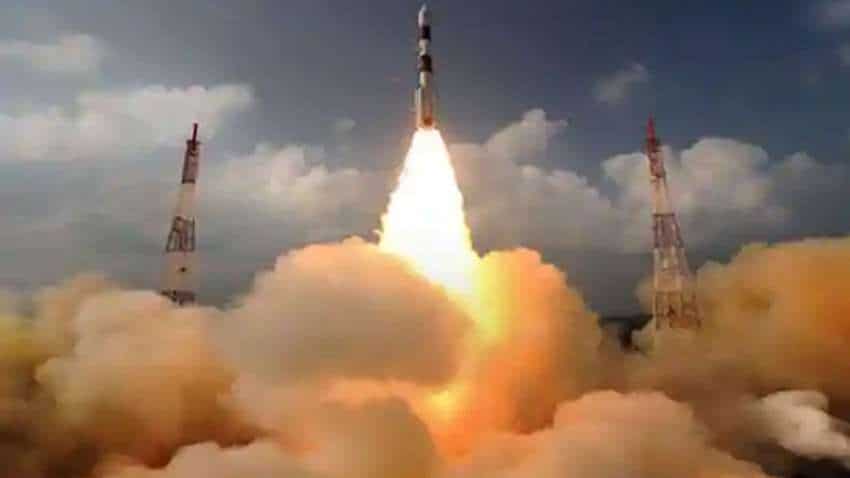 The images captured by the satellite will also be used for surveillance purposes while ISRO is silent on this aspect.

The EOS-01 with synthetic aperture radar (SAR) can shoot pictures in all weather conditions.

The satellite can take pictures day and night and will be useful for surveillance as well as civilian activities.

Sivan said the rocket mission is special and unusual for ISRO. The space activity cannot be done working from home as people have to be in labs, office during the launch campaign.

People have to travel from different centres and work at Satish Dhawan Space Centre (SDSC) here, he said.

"Team ISRO rose to the occasion, worked with limited staff, safely without compromising on the quality," Sivan said complimenting all the Directors of various ISRO Centres.

Speaking about the upcoming missions, Sivan said the next rocket to fly will be PSLV-C50 with CMS-01 satellite (formerly GSAT-12R).

"We are targeting PSLV-C50 sometime in December. It needs about 30 days to get ready for another launch after one launch," S.Somanath, Director, Vikram Sarabhai Space Centre (VSSC) had told IANS earlier.

The other Indian satellites that are ready for launch are GISAT and Microsat-2A.

The launch of the GISAT-1 satellite slated for March 5 this year was postponed due to technical reasons a day before the launch.

"The GISAT-1 satellite will be carried by a GSLV rocket. The GSLV rocket was dismantled after the launch was called off. The rocket is being refurbished. The rocket`s cryogenic engine has been brought down and it is being readied again," Somanath had said.

According to him, the GSLV carrying GISAT-1 is expected to fly after PSLV C50.

Be that as it may, on a rainy Saturday evening at 3.12 p.m the PSLV-C49 rocket, with lift off weight of 259 ton and standing around 44.4 metres tall with a one-way ticket hurtled itself towards the skies ferrying the EOS-01, which is a 630 kg earth observation satellite.

Piggybacking on that were the nine foreign satellites from: Lithuania (1-R2, technology demonstrator), Luxembourg (4 maritime application satellites by Kleos Space) and the US (4-Lemur multi mission remote sensing satellites).

With the fierce orange flame at its tail, the rocket slowly gathered speed and went up while the rocket`s engine noise like a rolling thunder adding to the thrill.

About 15 minutes into the flight the rocket ejected EOS-01, followed by the nine other foreign satellites. The entire mission took about 19 minutes.

Cumulatively till date ISRO has put into orbit 328 foreign satellites all for a fee.

The PSLV in normal configuration is a four stage/engine expendable rocket powered by solid and liquid fuels alternatively with six booster motors strapped on to the first stage to give higher thrust during the initial flight moments.

But the 44.4 metre tall PSLV rocket that flew on Saturday was the DL variant having only two strap-booster motors.

This rocket variant was used the first time to put the Microsat R satellite into orbit on January 24, 2019.

The choice of the rocket to be used for a mission depends on the weight of the satellite and the orbit where the satellite has to be orbited.