Not many regions especially the rural areas, have been comfortable in using digital portals. However, electronic payment system has been a success story for the NDA government. 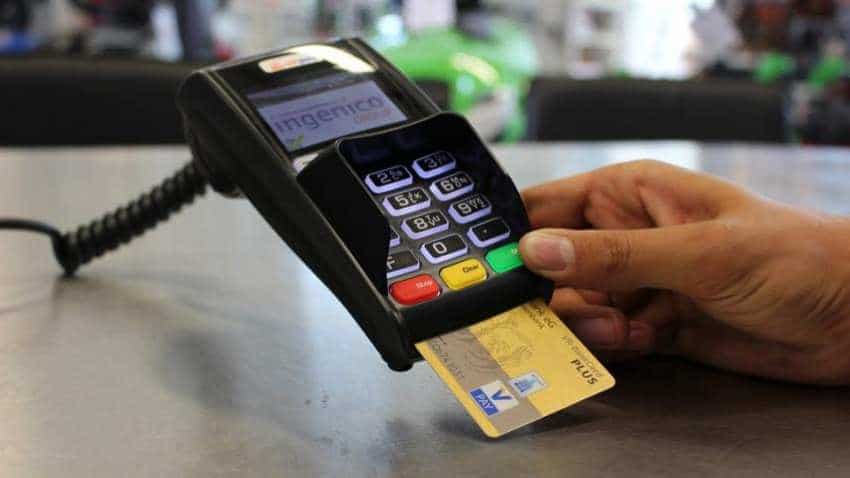 Did your bank deduct charges for BHIM-UPI or RuPay Cards transactions? You will get refund - Here is why

Cash is a pain? Become a cashless king; here is how

Narendra Modi govt to offer discounts, cashback to you for digital transactions? Find out

Apart from curbing blackmoney, the main agenda of demonetisation drive was also to boost digitalization in India. Simply put, Prime Minister Narendra Modi's vision was to see a cashless economy when he announced the ban of high denomination note Rs 500 and Rs 1000. These two specified bank notes accounted for 86% of India's currency chest. Since then, more than two years have passed, and one would definitely agree that India has seen massive jump in digital transactions. It needs to be noted that, India has not entirely adopted the method of digitalization. Indians still prefer holding cash in hand. Not many regions especially the rural areas, have been comfortable in using digital portals. However, electronic payment system has been a success story for the NDA government.

RBI releases monthly data of payment system on its website, and looking at the digital performance, India has seen growth in that section.

On the other hand, the government's Unified Payment Interface (UPI) app is also doing quite well. Recent data of NCPI reveals that, UPI transactions grew by 19% to 482.3 million in October 2018 compared to 405.8 million in September month.

The people of India are still in a state of evaluation when it comes to adopting new ways of making payments. There are some big players in the digital retail payment space, and each of them provides a fairly strong incentive to use their service. The UPI-based (Unified Payments Interface) transactions are gaining popularity as more and more people are willing to whip out their smartphones to make and receive payments with relative ease. There’s usually a cashback or a reward which makes the proposition attractive to users. It’s little wonder then that retail payments businesses in India are growing quite optimistically as both online and offline merchants are accepting UPI-based payments.

Some of these payment companies benefited greatly from demonetization when their user base grew rapidly over a relatively short time. It benefited the users as well because there was always something in it for them. Having said that - and the RBI certainly seems to reflect this concern too - the payments industry may have developed a potential concentration risk that we now need to talk about. A concentration risk occurs when a financial institution is exposed to the possibility of making losses large enough to threaten its ability to keep functioning in the future. To put it rather simply, it’s a case of too many eggs in one basket.

This kind of situation, when it escalates, can cause financial instability in an industry or even a country. For the purpose of minimizing this risk, the Central Bank has proposed to put out a policy paper by September this year, and in it will be measures and potential solutions that will address this issue. This policy should provide a stimulus to other players, particularly smaller companies, to start payment platforms that will be available for users across India. While it remains to be seen how exactly, and in what ways it will become easier for India Inc. to use the advantage, the RBI has hinted at making it easier for businesses to innovate in this sector.

While we may look at how this helps companies with plans to enter the digital payment space, the real advantage of this, by way of access and variety, will be the user’s. It may be a stretch to say that today’s digital payments market is an oligopoly, but it does continue to be mainly run by a rather small group of businesses. The fact does allow them a bit of leverage, control and influence over pricing and other aspects of the market. Historically, we’ve seen that it’s never a good idea for just a few companies to exert an unreasonable level of control over the market, from the point of view of customers. When this happens, innovation stops, and it’s usually the customer who suffers.

Consider for a moment that more than a third of all UPI payment transactions in the last year were made through a single payment platform. And 22% transactions were made on the second most popular platform. That’s more than half of India’s UPI transactions going to just 2 players in the market. Not only

is it increasingly difficult for new companies just starting out to compete on a serious level, but also in effect, it’s the users that are denied the opportunity to try more innovative solutions that can add value to their every day. In post-demonetization India, digital payments were touted as a means of empowerment for her citizens. It was to signify a change for the better; one that would be able to make lives better for the people, regardless of their status or how much wealth they had. To that cause, it’s only prudent that they choose from a marketplace of healthy competition that fosters fair practices and reasonable demands from its working class customers, grassroots merchants, young millennials and older citizens similarly.

For companies willing to innovate and provide more value to the user, we’ve seen enough evidence that Indians can be early adopters of technology where they can find it,as long as it comes at nothing more than a reasonable cost to them. Whether in the end, the value is in being able to check out luxury products from an online cart, or making a payment for weekly essentials from your local grocer, there ought to be a variety of services available from a variety of businesses - big and small.

Did your bank deduct charges for BHIM-UPI or RuPay Cards transactions? You will get refund - Here is why

Cash is a pain? Become a cashless king; here is how

Narendra Modi govt to offer discounts, cashback to you for digital transactions? Find out