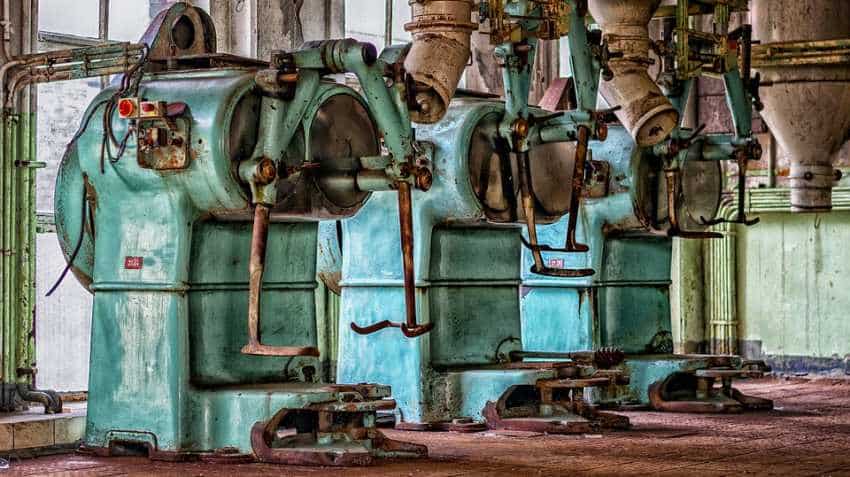 The data of India's Industrial Production (IIP) for the month of October 2018 will be released. Photo: Pixabay
Written By: ZeeBiz WebTeam
RELATED NEWS

Manufacturing (4.6% yoy,vs. 3.8% last year); mining (0.2% vs. 7.6% year ago), electricity (up mom at 8.2% vs. 3.4% a year ago). Sectors that fared well: Infrastructure (favourable base), capital goods, consumer non‐durables, electricity, food products, wearing apparels, basic metals, machinery, vehicles and other transport. Negative contributors were –    tobacco, printing, paper and electrical equipment. Rest remained tepid on base effect. Number of industries that recorded negative declined to 5/23 (vs. 6/23 last month). FYTD IIP growth is at 5.2% vs. 2.6% last year.

On September IIP data, Phillip Capital said, . "We find positive impact of weak Rupee on higher Textile and Chemicals production and continue to remain vigilant on this."

Talking about October 2018 numbers, Teresa John, Research Analysts at Nirmal Bang said, : IIP growth is likely to come in at 5%YoY in October 2018, up from 4.5% earlier, benefiting from a low base as the festive season arrived late this year. The Nikkei manufacturing PMI strengthened to 53.1 in October 2018, from 52.2 in the previous month."

In John's view, the index of core infrastructure industries also rose 4.7%YoY, from 4.3%earlier. Coal production rose 10.6%YoY, up from 6.5% in the previous month, supported by a low base. Other mining sectors, however, continued to remain sluggish with crude oil production declining 5%YoY and natural gas production falling 1%YoY.

Further, John explains Core manufacturing sector was mainly supported by cement production, which grew 18.5%YoY on a low base. Steel production was up 2.2%YoY, while refinery output rose by a muted 1.3%YoY and fertiliser production declined 11.6%YoY. Electricity production grew by a robust 11.3% YoY. In other sectors, motor vehicle production grew 20.6%YoY in preparation for the late festive season, but is likely to slow going forward, as inventory levels remain high.