Notably, CPI will be released for the month of February 2019, and IIP for January 2019. 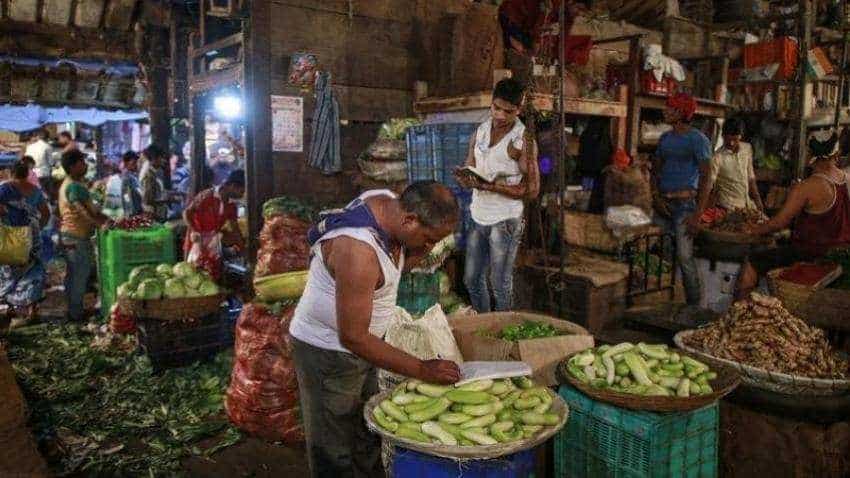 The Central Statistics Office (CSO) will be presenting India’s two economic indicator namely Consumer Price Index (CPI) and Index of Industrial Production (IIP) on Tuesday. Notably, CPI will be released for February 2019, and IIP for January 2019. Ahead of the data, benchmark indices soared massively, as Sensex was trading at 37,457.38 above 403.28 points or 1.09% and that of Nifty 50 was performing at 11,284.95 higher by 116.75 points or 1.05% at around 1321 hours. Interestingly, the upcoming CPI numbers will decide the future course of RBI’s decision in policy making, while the IIP numbers will have its own way of impacting Indian economy.

Let’s find out what, experts believe for Indian economic indicators.

For February 2019, Teresa John, Research Analysts at Nirmal Bang said, “CPI inflation in February 2019 is likely to come in at 2.43% YoY, inching up from 2.05% in the previous month. Food and beverage prices continue to remain soft, although they are likely to inch up on a lower base.”

On food inflation, John expects, food and beverage inflation is expected to decline 0.46% YoY, after a 1.3% fall in the previous month. Vegetables prices continue to remain very soft, with even the uptick in tomato prices witnessed in January 2019 almost completely reversing. Pulses prices, which were stabilising, also came under some pressure in February 2019 on new arrivals from the rabi or winter harvest. However, sugar and fruit prices witnessed an uptick.

In case of core inflation, John says, “ Core inflation (excluding food and fuel, but including petrol and diesel) is expected to remain steady at 5.40%, compared with 5.38% in the previous month. Crude oil prices have risen over the past two months as a result of which petrol and diesel prices also inched up. This will contribute partially to keeping core inflation steady.”

Meanwhile, Shilan Shah, Senior India Economist at Capital Economics said, “Headline CPI inflation will have remained low in February even if, as we suspect, it rose a touch due to higher food inflation. As such, the RBI will almost certainly cut policy rates again, perhaps as soon as at its next meeting in April. But with core inflation still elevated, we think that further policy loosening will prove to be a policy mistake.”

Thereby, Shah said, “Looking ahead to the upcoming data, we expect a slight rise in February’s CPI inflation to 2.3% yoy.”

India’s factory output finally saw some revival in December 2018, by recording growth of 2.4%. This month's IIP stands at 133.7. This is higher compared to 0.3% growth witnessed in November 2018 and 8.4% in October 2018. Cumulatively  for the period April- December 2018, the IIP growth rate comes at 4.6% over the corresponding period of the previous year.

Within IIP, India's core sector growth slows down to 17-month low of 2.6% in December, 2018 due to contraction in the production of crude oil, petroleum refinery products and fertilizer.

Dr. Soumya Kanti Ghosh Group Chief Economic Adviser at SBI says, “We believe IIP Manufacturing growth may grow at 1.5% and IIP may at 2.5% in Feb’19.”

Further, John added, "Fertiliser, steel and cement grew by a robust 10.5%, 8.3%, and 11.0% respectively. Refinery production declined 2.6%YoY. On the other hand, the Nikkei manufacturing PMI has been strengthening over the past two months and stood at a 14-month high of 54.3 in February 2019, up from 53.9 in January 2019. This suggests that IIP growth, although sluggish, is likely to be held up by the manufacturing sector."