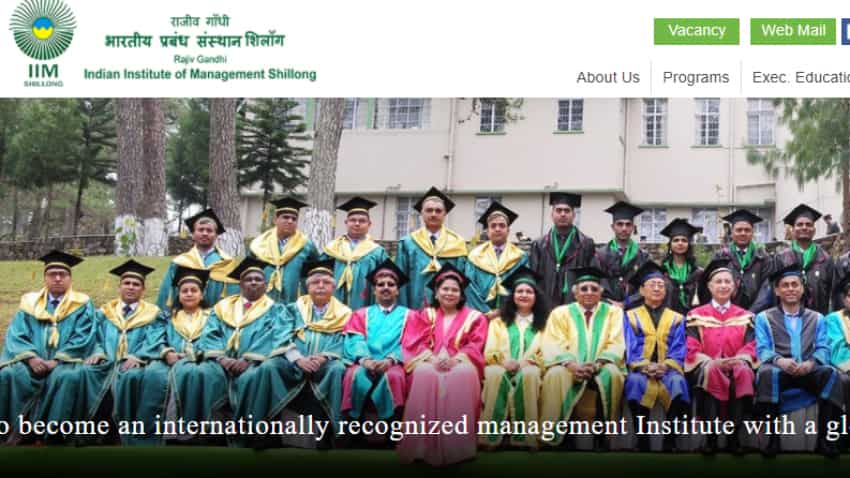 IIM Shillong placement for PGPM 2017-18 batch: Premier management institute IIM (Indian Institute of Management) Shillong today concluded its final placement for its Post Graduate Programme in Management (PGPM) for 2017-18 batch. The placement process closed with a median salary of Rs 16 lakh per annum, while the highest domestic salary stood at Rs 26 lakh. Quoting officials, a PTI report said that the placement season witnesed the participation of 41 recruiters and 169 participants. The offcials reportedly stated that mean CTC (Cost to company) for the batch was Rs 15.51 lakh per annum. Moreover, the mean for the top quartile of the batch stood at 21 lakh per annum and that for the top half increased to Rs 18.5 lakh per annum, they said.

"Consulting emerged as the highest paying domain, with the average CTC of 21 lakh per annum. The highest CTC in the domain was offered by Deloitte -- Strategy & Operations," IIM-S Placement officer Merlvin Mukhim said in a statement. It may be noted that the placement season recorded an increase in the number of finance roles with regular recruiters such as RBL Bank, Fidelity Management Research, HSBC, ICICI Bank, JP Morgan Chase & Co besides Yes Bank, the statement said.

Sales & Marketing continued to be the most sought after domain and multiple offers were made by prominent recruiters such as BPCL, Beiersdorf (Nivea), Berger Paints, Dell, Delhivery, IOCL, ITC, Kohler, Piramal Enterprises, Tata Steel, Titan, Tata Motors and Value Labs.

BFSI and IT & Analytics once again emerged as the two most preferred sectors with 38 per cent and 18 per cent of the students securing offers in these sectors, respectively, the report said.

All the students were hired except for the two students who chose to pursue entrepreneural ventures of their own.

Earlier this year, the institute completed its summer placement successfully, securing 187 offers with a highest stipend of Rs 3 lakh.