If Rupee falls under Rs 69, oil rises to $85 mark, here is emergency step RBI may take

The Reserve Bank of India (RBI) may consider NRI bond issuance if the rupee depreciates sharply below Rs 69 to the dollar and the oil prices rise over $85 a barrel, according to leading economists and market experts. 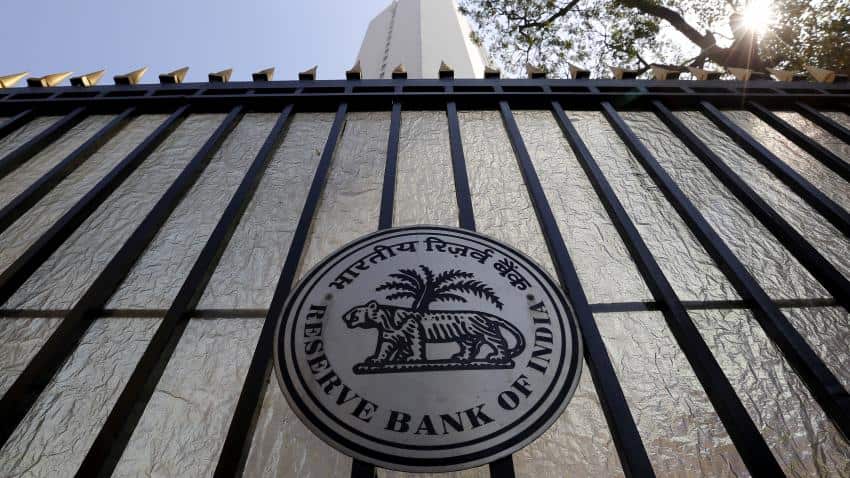 The Reserve Bank of India (RBI) may consider NRI bond issuance if the rupee depreciates sharply below Rs 69 to the dollar. Image source: Reuters

The Reserve Bank of India (RBI) may consider NRI bond issuance if the rupee depreciates sharply below Rs 69 to the dollar and the oil prices rise over $85 a barrel, according to leading economists and market experts.

Abheek Barua, chief economist at HDFC Bank, said, “The market is watching the oil situation which looks murky and unpredicitable. If there is a sharp fall below Rs 68 to the dollar, RBI may look at introducing non-market intervention like the NRI bond issuance. But the Libor has moved up and the forwards are down, so pricing is the key to attract investors. But right now it is a bit too early to issue any NRI bond but if there is a sharp fall this could be very much a tool on the table.”

The rupee has appreciated by over 3% in the past 2-3 years, but the sharp rise in global crude oil prices has led to sharp depreciation in the local currency in recent times. Uncertain political climate after the Karnataka elections is also playing on the minds of foreign investors who would prefer to stay cautious.

Venkat Nageswar, head of global markets at State Bank of India, also agreed that NRI bond issuance could be one of the measures that RBI may look at to protect the rupee.

Treasury experts say that in their meetings with RBI and government they have always tried to get feedback from the market on new segments of investors who can be brought into the market to broaden the investor base.

A senior banker said, “RBI and government have been looking at new segments to invest into the government bonds. With so many central government and state government bonds coming into the market the NRI bonds would be a more stable form of getting money at reasonable rates from outside India.”

“Even now government is raising money at not less than 8% from the bond market. So this could be a good option with more stability rather than attracting large institutional investors like the hedge funds who would flee the country when there are uncertainties,” a senior banker said.

BOfA Merill Lynch in a report said “We expect RBI to raise $30-35 billion by issuing a fourth tranche of NRI bonds in 2018 with oil breaching $70 a barrel. NRI bonds are far more effective than raising interest rates to stabilize the rupee.”

The report also said that all three NRI bond issuances have been successful in fending off contagion.

Experience shows that only one of the three monetary tightening actions had partially worked.

This was in January 1998 when Governor Jalan decided to hike rate, which met with a partial success in fending off a currency attack.

RBI should continue with accommodative rate stance as long as necessary to push growth: Assocham

UP now one of the most investor-friendly states, change for the better is visible : Yogi Adityanath