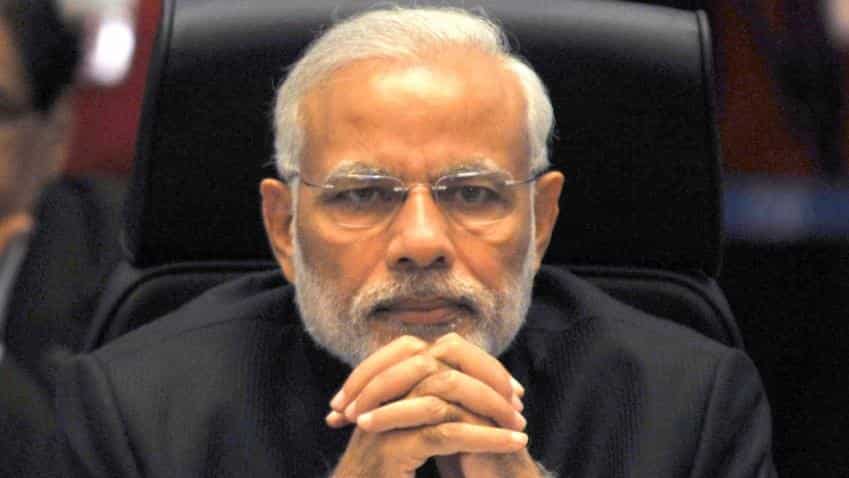 Prime Minister Narendra Modi, on Monday, has said he would give a taste of law to wilful loan defaulters who, having defaulted on huge corporate loans, escape to foreign countries.

While speaking with Times Now, Modi talked about various topics from bringing back wilful defaulters to passage of GST Bill.

"Kanoon kya hota hai yeh mein un logo ko dikhaoonga (I will show them what law can do)," Modi said in the interview with news channel.

While speaking in context of former IPL chief Lalit Modi and liquor baron Vijay Mallya, both have fled to London after defaulting loans.

"The public is sure that if anyone can do this, it is Narendra Modi. And I would certainly do it," he said.

Further, when asked about the passage on GST Bill in the upcoming Monsoon session, Modi said, "Not passing GST is injustice to the poor and some states in particular. Those in the Rajya Sabha should understand this".

He emphasised that the bill will benefit the poor people of poor states like Bihar, Uttar Pradesh, Assam and Odissha.

Modi said that the black money issue was raised at G20 forum and the government is taking steps to pump out black money from the domestic economy.

"Our first cabinet decision was on Black Money. At G-20 forum also this issue was raised for the first time & consensus formed on it".

Calling Rajan "no less patriotic", he virtually ticked off Swamy saying "if anybody considers himself above the system then it is wrong".

"Whether it is in my party or not, still I think such things are inappropriate. This fondness for publicity is never going to do any good to the nation. People should conduct themselves with utmost responsibility. If anybody considers himself above the system, it is wrong,"

"My experience with him has been good and I appreciate the work that he has done. He is no less patriotic. He loves India. Wherever he will work, he will work for India and he is patriotic," he said in an apparent riposte to Swamy's attack that Rajan not mentally fully Indian.