The NITI Aayog on Wednesday unveiled its national Strategy for a New India, which focuses on improving the policy environment in such a way that private investors and other stakeholders can contribute to their fullest and thereby "propel India towards a $5 trillion economy by 2030." 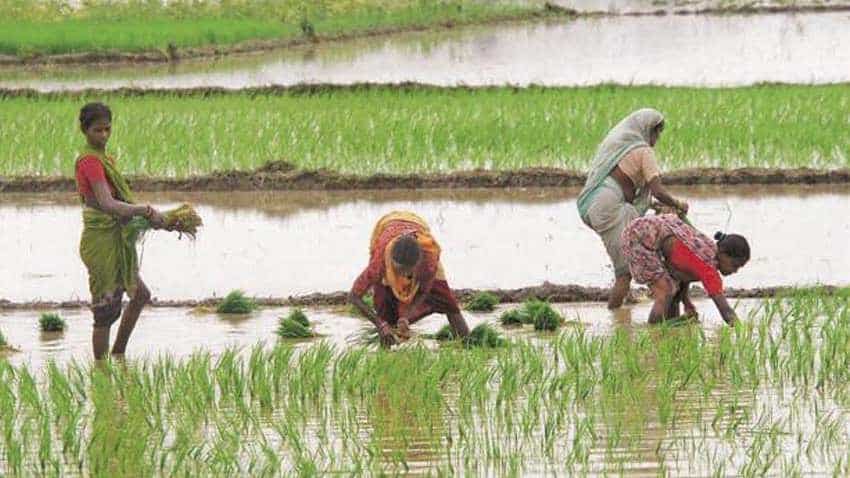 The NITI Aayog on Wednesday unveiled its national Strategy for a New India, which focuses on improving the policy environment in such a way that private investors and other stakeholders can contribute to their fullest and thereby "propel India towards a $5 trillion economy by 2030." The document titled ‘Strategy for New India @75’ was released by Union Finance Minister Arun Jaitley in the presence of NITI Aayog CEO Amitabh Kant, vice-chairman Rajiv Kumar, members Ramesh Chand and VK Saraswat. The institution said that it drew inspiration and direction from prime minister Narendra Modi's clarion call for establishing a New India by 2022.

The document includes forty-one chapters that have been divided into four sections - Drivers, Infrastructure, Inclusion and Governance. To achieve the goal, NITI Aayog recommended to steadily accelerate the economy to achieve a GDP growth rate of about 8% on average during 2018-23. It said that this would raise the Indian economy's size from $2.7 trillion in 2017-18 to nearly $4 trillion by 2022-23.

The institution has also asked to increase the investment rate as measured by gross fixed capital formation (GFCF) from the present 29% to 36% of GDP by 2022.

In the agriculture sector, the emphasis will be given to converting farmers to ‘agripreneurs’ by further expanding National Agriculture Markets and replacing "the Agricultural Produce Marketing Committee Act with the Agricultural Produce and Livestock Marketing Act." It also aims to give strong push  to ‘Zero Budget Natural Farming’ techniques that reduce costs, improve land quality and increase farmers’ incomes.

The strategy document asks to initiate the development of already approved Rail Development Authority (RDA) which will  advise or make informed decisions on an integrated, transparent and dynamic pricing mechanism for the railways. It also hopes to connect all 2.5 lakh gram panchayats with the completion of Bharat Net programme in 2019.

One section of the document lists recommendations on inclusion and deals with the task of investing in the capabilities of all of India’s citizens. The three themes in this section revolve around the dimensions of health, education and mainstreaming of traditionally marginalized sections of the population.

Successfully implementing the Ayushman Bharat programme including the establishment of 150,000 health and wellness centres across the country, and rolling out the Pradhan Mantri Jan Arogya Abhiyaan (PM-JAY) are the top two recommendations in this section. NITI Aayog has also asked to "upgrade the quality of school education system and skills, including the creation of a new innovation ecosystem at the ground level by establishing at least 10,000 Atal Tinkering Labs by 2020."

The final section on Governance suggests how  governance structures can be streamlined to achieve better developmental outcomes.

The institution recommends to set up a new autonomous body -  the Arbitration Council of India to grade arbitral institutions and, accredit arbitrators to make the arbitration process cost effective and speedy, and to preempt the need for court intervention. It also asks to expand the scope of Swachh Bharat Mission to cover initiatives for landfills, plastic waste and municipal waste and generating wealth from waste.

The document was prepared after consulting 800 stakeholders from within the government -  central, state and district levels - and about 550 external experts.

UMANG App: International version LAUNCHED for these select countries! Check how to download and who all will benefit