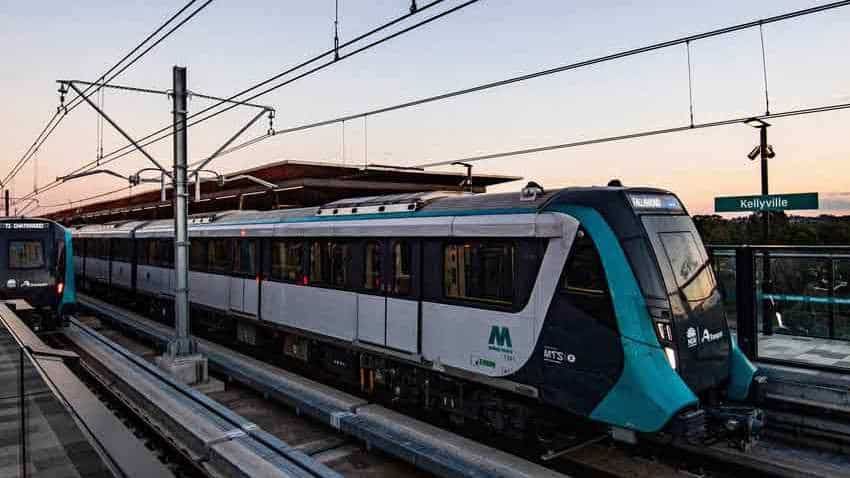 The metropolis trains were designed uniquely for Sydney in France assembled at centre of excellence in Sri City India. Source - Alstom.

Sydney Metro, Australia’s biggest public transport project, recently opened the North West Metro, delivering Australia’s first fully automated, turn-up and go rail service. The Metro North West Line is Stage 1 of Sydney Metro and includes 36km of track, 13 stations and a depot. The new network will provide a level of service never before seen in Australia with a train every four minutes in the peak in each direction. The contract for Sydney metro was awarded to Alstom in 2014 by Northwest Rapid Transit (NRT).

As part of this contract, Alstom was responsible for project management, design, supply, manufacturing, testing and commissioning of 22 x 6 car Metropolis trains and Urbalis 400 CBTC signalling systems. It was also given a 15 year maintenance contract for the trains, signalling, depot operations and equipment.

The metropolis trains were designed uniquely for Sydney in France assembled at centre of excellence in Sri City India. As many as 22 trains were prepared in this Andhra Pradesh city and were delivered last year.

The trains include three double-doors per car for improved access and passenger flows, large windows and ambient LED lighting. They are also claimed to have the highest levels of customer safety including constant CCTV monitoring, emergency intercoms and the latest way-finding aids for customer information and real time travel information.

Ling Fang, Senior Vice-President for Alstom in Asia-Pacific said that Alstom is proud to have partnered with the NRT consortium and Transport for New South Wales (TfNSW) to deliver world leading metro solutions for Sydney’s North West Metro.

"Sydney has now joined other great cities of the world (incl. Paris, Amsterdam, Barcelona and Singapore) that benefit every day from Alstom’s metro solutions. The fully automated driver-less metro is a first for Australia and will provide a step-change for the commuters of Sydney," Ling said.

By 2024, Sydney will have 31 metro stations and a 66 kilometre standalone metro railway in addition to its extensive suburban rail network.