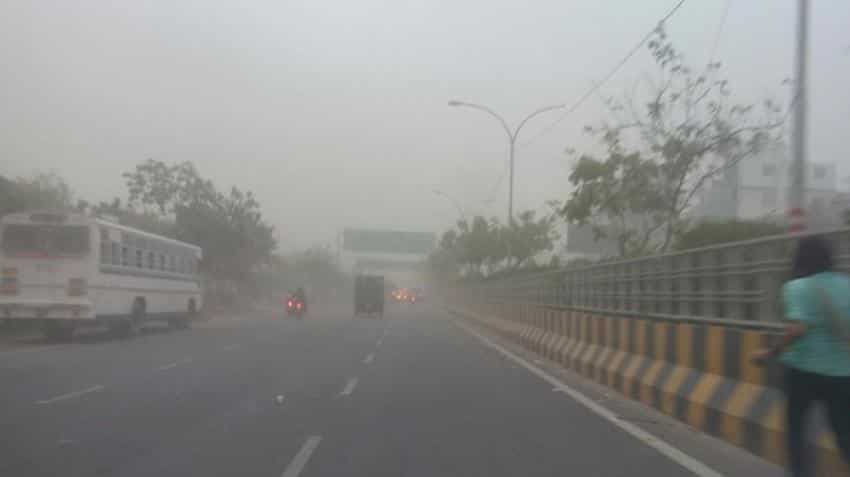 The uprooted trees created a hassle for residents to move their vehicles out. Image source: Zeenews.com
Written By: ZeeBiz WebTeam
RELATED NEWS

At least 17 trees were uprooted in the national Capital on Monday night in the major squall that hit the city and neighbouring regions.The uprooted trees created a hassle for residents to move their vehicles out. According to a report prepared by the civic bodies, nine trees were uprooted in south Delhi areas including Safdarjung Enclave and Defence Colony, while four each in North and West Delhi.

“Dust storm was massive and many old trees which had not been pruned for years bore the brunt of the winds. The heavy branches fell off and damaged the vehicles parked along the road. The impact of the storm was huge and since trees are laid with concrete in the surroundings, they get uprooted even during the monsoons,” said JR Gupta, a resident of Safdarjung Enclave.

Last year, Gupta said, the Resident Welfare Association informed the civic bodies to remove the broken tree logs lying in the middle of the roads blocking traffic movement. However, when they did not take any action for almost a week.