Housing sales witness steep fall in 2017; demand in this region drops most 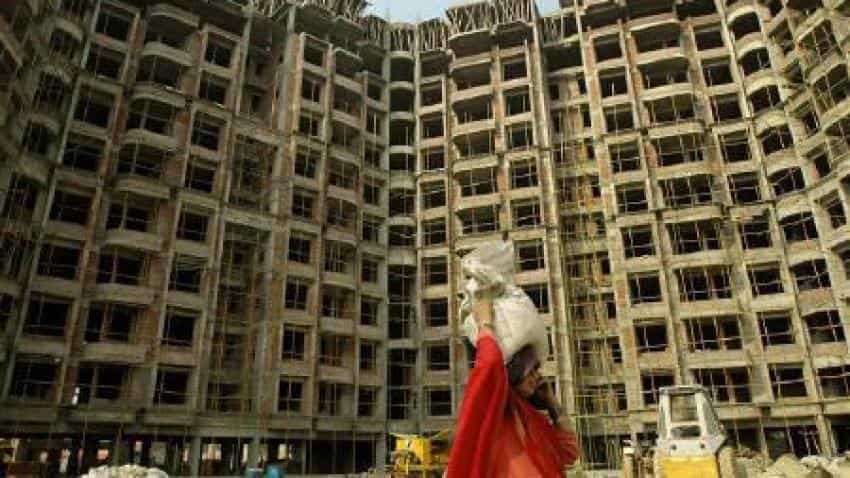 Housing sales: Bengaluru and Chennai, which too are on investors' radar, saw average sales decline by 17 per cent and 45 per cent, respectively. Image source: Reuters
Written By: PTI
RELATED NEWS

Housing sales declined by around 40 per cent last year to 2,02,800 units in seven major cities from the average sales of 2013 and 2014 mainly due to sharp fall in the Delhi-NCR market, according to property consultant ANAROCK. The consultant, in its latest research, analysed housing sales during the last five years in seven cities -- National Capital Region (NCR), Mumbai Metropolitan Region (MMR), Pune, Kolkata, Chennai, Hyderabad and Bengaluru. "From observing residential market trends over the past five years, it clearly emerges that 2013 and 2014 were the last years where things still looked vibrant for the sector. Housing sales began plummeting after that, and there is no clear revival in sight as yet," ANAROCK Property Consultants Chairman Anuj Puri said. ANAROCK said that an average of 3.3 lakh units were sold annually during 2013 and 2014.

Bengaluru and Chennai, which too are on investors' radar, saw average sales decline by 17 per cent and 45 per cent, respectively. Pune, which has also witnessed exponential growth due to significant interest from investors and NRIs who purchase houses only for financial gains, also witnessed a decline of 29 per cent in average sales of 2013-14 over 2017. The housing sales fell by only 12 per cent in Kolkata as compared to average sales of 2013-14 as demand in this city is driven by end-users.
Hyderabad was the only city which saw any kind of growth with sales growing by 32 per cent from the average of 2013-2014 period.

"A recurring element in the above findings is investor activity ? or, to call a spade a spade, speculator activity. While both investors and speculators buy property for profit - as opposed to end-users, who buy homes to live in - the two terms are not interchangeable," Puri said. Puri said that speculators primarily target short-term profits, and usually lack any real knowledge about real estate as an asset class and the performance of different markets. On the other hand, he said real estate investor tend to have a much better understanding of the property market and put in the right amount of analysis of different markets and the trends that drive them.

"Speculation has played havoc with the Indian real estate market, and the fallout of speculative activity in previous years is still being felt today," he added. However, Puri said the new market dynamics and strengthened regulatory environment have now more or less eliminated this unwholesome dynamic from Indian real estate. Stating that irrational project delays and diversion of capital also contributed significantly to the decline in housing sales, he said the new realty law RERA is now gradually reversing this aspect.