Hot stock! Rakesh Jhunjhunwala is invested, so is Porinju Valiyath, should you buy too?

Rakesh Jhunjhunwala along with his wife Rekha Jhunjhunwala own 7.5 per cent stake in the company, while EQ India Fund, run by Porinju Veliyath, bought 1,50,000 shares of Agro Tech Foods at Rs 650 per share on Thursday. 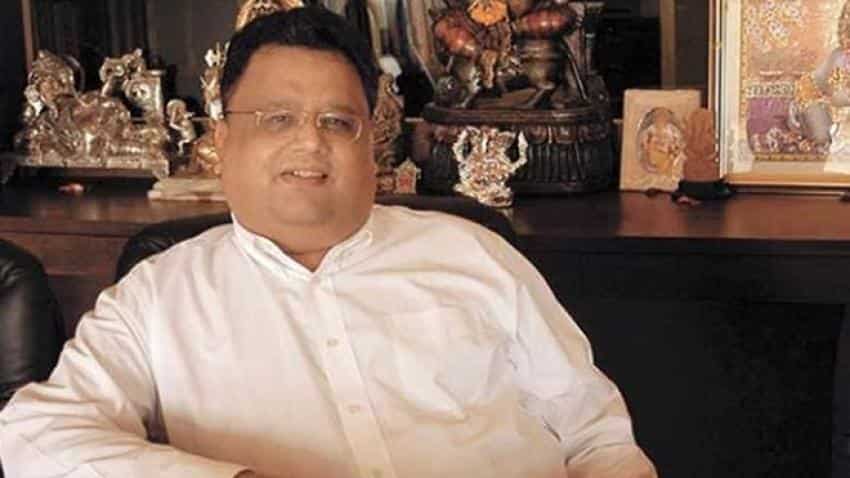 This agri-linked firm is buzzing in Friday's trade after ace investor Porinju Veliyath picked 1.50 lakh shares of the company. The important thing is Rakesh Jhunjhunwala, the big bull of Dalal Street, is already invested in the company. Any guesses for the company? We are talking about Agro Tech Foods, which released its shareholding pattern for the March quarter of financial year 2018 just yesterday. Agro Tech share price rallied as much as 4.91 per cent to Rs 718.95 after EQ India Fund, run by Porinju Veliyath, bought 1,50,000 shares of Agro Tech Foods at Rs 650 per share on Thursday, NSE's bulk deal data showed. Valiyath is popular for picking smallcap multibaggers. On the BSE, 12,000 shares exchanged hands on the counter so far against the average daily volumes of 1,954 shares in the past one quarter. At current levels, Agro Tech is trading at its 12-month trailing price-to-earnings ratio of 57.38.

Rakesh Jhunjhunwala along with his wife Rekha Jhunjhunwala already own 7.5 per cent stake in Agro Tech Foods. Promoters hold 51.77 stake, while institutional investors own 14.89 per cent stake in the company. Agro Tech Foods is engaged in the business of marketing food and food ingredients to consumers. The company reported 16.07 per cent jump in its profit at Rs 9.03 crore as compared to 8.27 crore net profit reported in the December quarter of FY17. The company's net sales rose 3.17 per cent to Rs 214.39 crore in Q3FY18.

Looking at the technical charts, Rakesh Bansal, VP, RK Global recommended buying the stock at lower levels with a stoploss of Rs 630 and a target of Rs 770.

The expert pointed out that the stock has not participated in the recent fall in the market. The stock is up over 10 per cent as compared to just 1 per cent gains on Sensex. Bansal also made a disclosure that he has advised his clients to buy the stock at lower levels.

Meanwhile, Sensex and Nifty rallied for a seventh straight session on Friday, in what could be their longest winning streak since November 2017, on the back of gains in index heavyweights such as Reliance Industries and ICICI Bank. Another heavyweight Infosys was trading 1 per cent higher ahead of its March quarter results for FY18 later today post market hours. The stock hit a three-week high, rising for fourth straight day.