Holding Bajaj Auto shares or intending to buy? Here is what you must know now 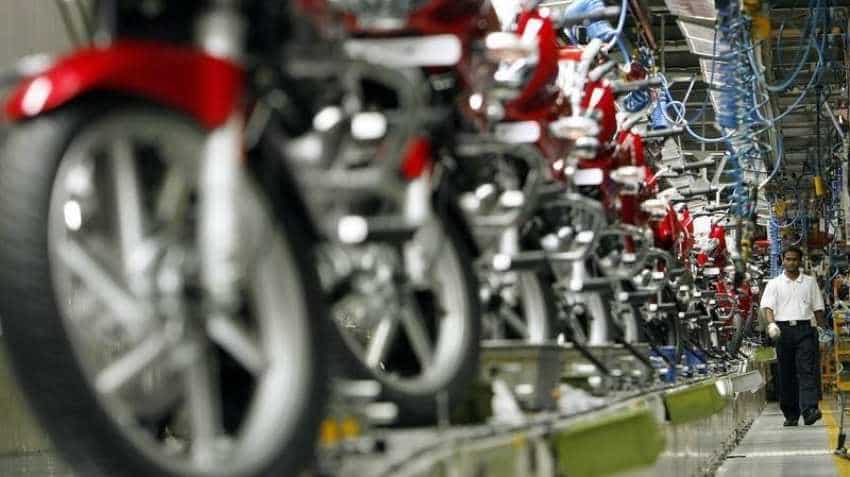 It expects BS6 to be the joker in the pack due to restrictions on sale of BS4 vehicles from 1st Apr’20.

Bajaj Auto plans to comply with BS6 norms some months earlier than the deadline. But, price war could break out while clearing the BS4 vehicle inventory, especially if competitors are saddled with high BS4 inventory levels in 2HFY20.

Hence, company expects near-term outlook to remain healthy, as long as there are not too many major market disruptions on account of BS6.

It expects the domestic market to get more competitive across various segments, as it expects the segmental quasi-monopolistic control to end.

The company expects to compete with such competition through its operational nimbleness and cash surplus of over INR160b.

Also, its diverse presence across exports and 3Ws makes it less prone to acute competitive pressures of the domestic market, with success dependent on its ability to have new and exciting models.

BJAUT expects growth in the ‘Entry’ (driven by 1st time buyer) and ‘Premium’ segments (driven by young people with purchasing power), with the company maintaining leadership position in both segments.

In FY19, BJAUT not only played a key role in growing the ‘Entry’ segment, but also captured greater market share in doing so.

In the large ‘Commuter’ segment, BJAUT’s focus is to systematically introduce appealing, sporty yet fuel efficient models, filling the segment with more exciting and attractive alternatives.

Talking about stock price, the duo said, "BJAUT’s FY19 annual report reinforces its focus on market share and its willingness to compete in the domestic motorcycle segment to gain share. BJAUT’s strategic shift—of prioritizing market share over margin – is reflected in substantial market share gain in domestic motorcycles (~300bp in FY19), albeit at expense of margins (~270bp decline in FY19). Post the recent run-up in the stock price, its valuations at ~17.1x/15.5x FY20/21 consol. EPS is a fair reflection of the tepid earnings growth expectation (~6% CAGR over FY19-21E), especially considering the expected turbulence due to BS6 transition. Maintain Neutral."

A price target of Rs 2,988 is set by Motilal analysts for Bajaj Auto.