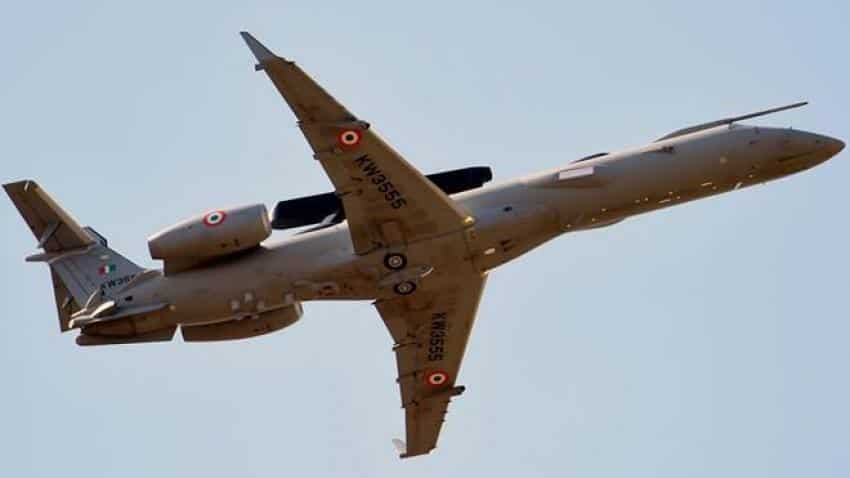 HAL IPO was open during March 16-20 and was subscribed 99 per cent. Image source: Reuters

Hindustan Aeronautics made a tepid debut on the bourses, listing at Rs 1,169 on the BSE, a 3.8 per cent discount to the issue price of Rs 1,215. On NSE, the stock listed at Rs 1,152, down 5.19 per cent. HAL shares slipped as much as 5.34 per cent to hits its intraday low of Rs 1150 on the BSE. Even after a negative listing, Gaurang Shah of Geojit Financial Services believes it's a good time to enter into the stock for the long-term.

The IPO of the Bengaluru-based firm was open during March 16-20 and was subscribed 99 per cent. The company launched the IPO to raise up to Rs 4,230 crore, through which government will divest up to 20.20 per cent in the Maharatna company.

The firm, which gets over 91 per cent of its sales from the defence sector including the Coast Guard, had fixed a price band at Rs 1,215-1,240 per equity share. The sale was part of the governments Rs 75,000-crore divestment process, which for the first time in many years, has already crossed the target.

The IPO saw the company selling 34,107,525 equity shares of face value of Rs 10 through an offer for sale by the President, acting through the department of defence production under the defence ministry. The offer comprised a net offer of 33,438,750 equity shares and an employee reservation of up to 668,775 shares.

The IPO was managed by SBI Caps and Axis Capital.

Hindustan Aeronautics, set up in 1940, produces over 27 types of light combat aircraft and helicopters and is the 39th largest aerospace company in the world.

Acting chairman VM Chamola said HAL has an order book of over Rs 68,000 crore, which covers the next three years and had a revenue of over Rs 5,300 crore in the first half of the current fiscal, which he attributed to the seasonal factors.

Hindustan Aeronautics IPO sees tepid response; Is it worth subscribing?