Tuti said the system will not only help the pilgrims for a hassle-free trip to the shrine,  but also the police to maintain surveillance. 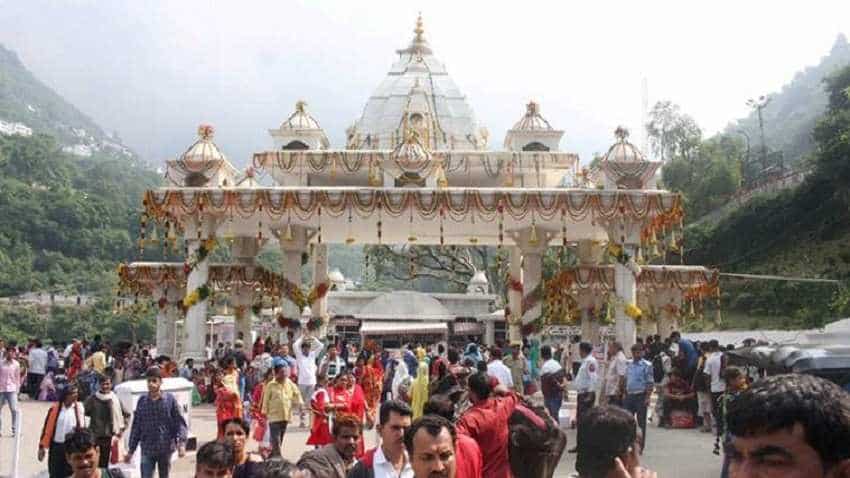 The new system was inaugurated by Deputy Inspector General of Police, Udhampur-Reasi, B S Tuti. PTI

A hi-tech pre-paid system for availing pony, porter and palanquin services was launched Tuesday for visitors at Katra, the base camp of Mata Vaishno Devi shrine, an official said. The pilgrims can now avail the round-the-clock digital facility of ponies, 'pithoo' (porters) and 'palki' (palanquins) at predetermined rates from the nine integrated pre-paid counters, he said.

The counters are at Katra, Banganga, Charan-Paduka, Adhkuwari-I, Adhkuwari-II, Sanjichhat, Parvati Bhawan at Bhawan, Pony Stand Bhawan and Bhairon, the official said. The counters will also serve as grievance registration centres for the pilgrims, he added.

"Each Yatri will be provided a helmet and elbow and knee pads to provide preventive cover against any accidental injury," the official said. The pre-paid system will ensure that pilgrims are charged as per the rates fixed by the Reasi district administration, he said.

The new system was inaugurated by Deputy Inspector General of Police, Udhampur-Reasi, B S Tuti.

Tuti said the system will not only help the pilgrims for a hassle-free trip to the shrine, but also the police to maintain surveillance.

Chief Executive Officer, Shri Mata Vaishno Devi Shrine Board, Simrandeep Singh said the project was an outcome of the orders by the NGT and the Supreme Court on the issue of regulating mules, capping its count, management of mule dung and overcharging, among other issues.

Vaishno Devi alert! Reopened for devotees after almost 5 months - All you need to know

Planning to visit Mata Vaishno Devi? You've to cancel the trip - Here is why