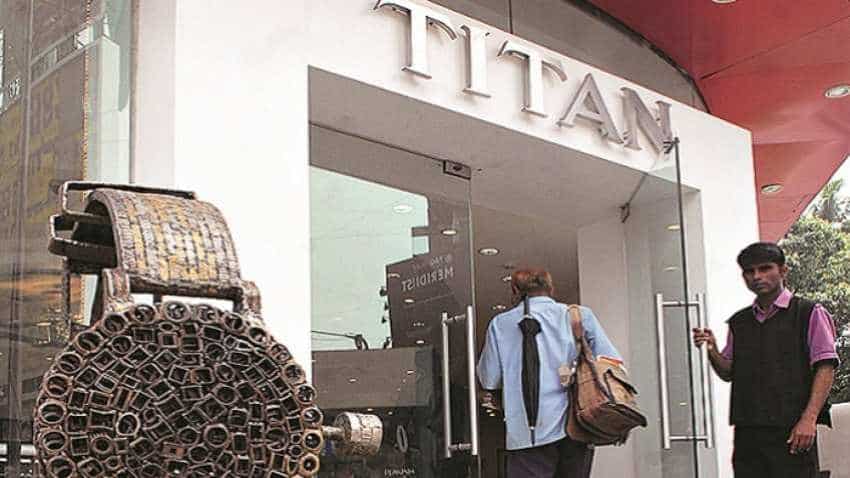 Focus has been shifted on Rakesh Jhunjhunwala’s favorite stock Titan, since the time government has hiked import duty on diamonds and gems metal. It has caused a split in analysts when it comes to trading in Titan stock post import duty hike. However, the ace investor has been very bullish on Titan stock for many reasons and in fact, now is the best opportunity to invest in this jewellery-maker to reap benefits just like Jhunjhunwala is set to do going ahead.

While no hike in gold import duty has been imposed, however, the government hiked import duties on diamond related products.

Non industrial diamonds (other than rough diamonds), i.e., cut and polished diamonds have now an import duty of 7.5% from previous 5%. Similar rates are on diamonds-semi processed, half cut or broken, and also lab grown diamonds.

Going ahead, import duty of cut and polished coloured gemstones were also hiked to 7.5% from previous 5%.

Notably, it caused rating agency CLSA downgraded its outlook to 'Sell' on Titan.

Despite being better placed than the previous cycle, CLSA is worried of the impact of a potential hawkish stance on gold regulations which could weigh on Titan’s premium valuation.

CLSA said, “Growth concern also exists after Titan missed its jewellery growth guidance in 1QFY19 though retained its 25% guidance for FY19. We cut our rating to SELL and lower our target price to Rs720 (32x Sep 20CL earnings).”

Firstly, led by the slight downward revision in its Jewelry business growth guidance for FY19, the Titan stock has corrected by 12% since the release of its 1QFY19 earnings (and ~18.5% from peak).

Interestingly, the impact of import duty was seen on Titan in the previous trading session, however, this was lower compared to its peers like PC Jewellers, Rajesh Exports and Gitanjali. Not only this, while rivals ended on hotbed, Titan managed to reverse its losses and ended at Rs 810 per piece up gradually 0.56%.

The success story of Titan has been commendable, and it continues to dominate the jewelry market.

Motilal Oswal in its research report highlighted that, while volatility in gold prices will lead to near-term fluctuations in guidance, the structural story of 20% CAGR over the next five years remains intact

Krishnan Sambamoorthy and Vishal Punmiya, Research Analysts at Motilal Oswal said, “Sharply increased exchange sales (at 43% of sales v/s 15% in 2013) insulate TTAN (relative to peers) from any adverse impact of gold import curbs. This, in fact, places the company well to eat into the share of peers amid a volatile gold price environment.

Market size for adornment and wedding jewelry is Rs 2 trillion, while Titan’s sales in the Jewelry segment were only ~Rs 13 billion in FY18. Despite being the largest organized jewelry player, Titan commands less than 7% market share.

Nevertheless, according to the duo at Motilal, the outlook for the company appears promising. Titan has been the biggest beneficiary of the shift from unorganized to organized trade and the only material beneficiary of GST so far.

The duo at Motilal Oswal highlighted seven points that will support Titan in driving revenue. They are:

1. Increased focus on wedding jewelry in recent years. The target is to increase wedding jewelry’s share to 50% of its jewelry sales from 35% in FY18.

3. Launch of new collections every quarter.

5. Scale up in Golden Harvest scheme.

6. Middle India focus and store expansion (widening reach from 250 stores in 150 towns in FY18 to 400 stores in 250 towns, with majority of incremental outlets being franchisees).

Considering above, the analysts at Motilal said, “We, thus, believe that TTAN is one of the few companies in the consumer sector that is least vulnerable to sectoral multiple contractions, justifying high valuations.”

Jhunjhunwala after selling a portion of Titan, reiterated that he still believes in the jewelry maker. He even said in an interview, “I am extremely bullish but I sold because I needed money to make an alternative investment.”