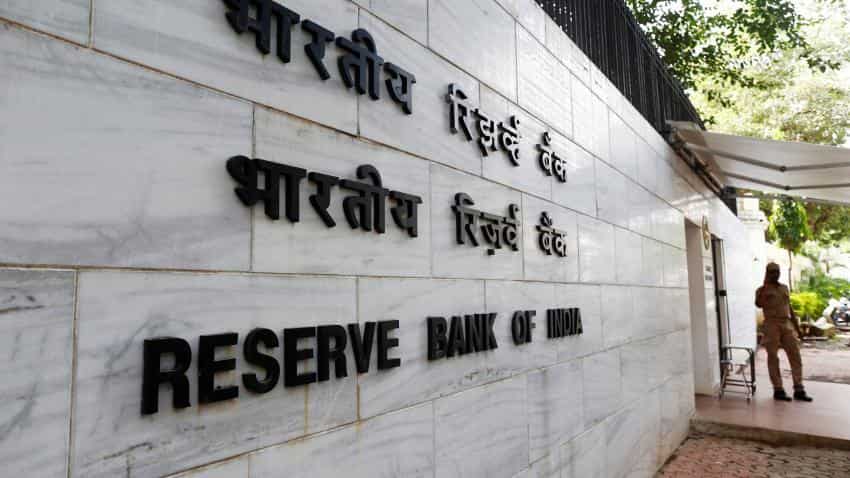 The fourth bi-monthly monetary policy of FY17 stated a reduced repo rate by 25 basis points to 6.25%.

Here’s the full text of the resolution of the Monetary Policy Committee (MPC) by the Reserve Bank of India.

1. Reduce the policy repo rate under the liquidity adjustment facility (LAF) by 25 basis points from 6.5% to 6.25% with immediate effect.
Consequently, the reverse repo rate under the LAF stands adjusted to 5.75%, and the marginal standing facility (MSF) rate and the Bank Rate to 6.75%.
The decision of the MPC is consistent with an accommodative stance of monetary policy in consonance with the objective of achieving consumer price index (CPI) inflation at 5 % by Q4 of 2016-17 and the medium-term target of 4 % within a band of +/- 2 %, while supporting growth. The main considerations underlying the decision are set out in the statement below.

2. Global growth has been slowing more than anticipated through 2016 so far, with weak investment and trade damping aggregate demand. Meanwhile, risks in the form of Brexit, banking stress in Europe, rebalancing of debt-fuelled growth in China, rising protectionism and diminishing confidence in monetary policy have slanted the outlook to the downside. World trade volume has contracted sharper than expected in the first half of 2016, and the outlook has worsened with the recent falling off of imports by advanced economies (AEs) from emerging market economies (EMEs). Inflation remains subdued in AEs and has started to edge down in EMEs.

3. International financial markets were overwhelmed by the Brexit vote in Q2, with equity markets losing valuations worldwide, currencies plunging and turning volatile, and investors rushing for safe havens. Markets, however, recovered quickly and reclaimed lost ground in Q3, with a return of risk appetite propelling capital flows back into EMEs. Nonetheless, an uneasy calm prevails on uncertainty about the stance of monetary policy of systemic central banks. Commodity prices have firmed up slightly, easing stress for commodity exporters and shaving off some of the terms of trade gains accruing to commodity importers. Crude prices rose to a recent peak in Q2 of 2016, mostly on supply disruption in various parts of the world, and again in late September as the OPEC announced intentions of cutting back on supply; but, the upturn has been curbed by higher inventories.

4. On the domestic front, the outlook for agricultural activity has brightened considerably. The south west monsoon ended the season with a cumulative deficit of only 3 % below the long period average, with 85 % of the country’s geographical area having received normal to excess precipitation. Kharif sowing has surpassed last year’s acreage, barring cotton, sugarcane and jute and mesta. Accordingly, the first advance estimates of kharif foodgrains production for 2016-17 by the Ministry of Agriculture have been placed at a record level, and higher than the target set for the year. The industrial sector, by contrast, suffered a manufacturing-driven contraction in early fiscal year Q2, after a sequential deceleration in gross value added in Q1. Even after trimming the statistical effects of the lumpy and order-driven contraction of insulated rubber cables, industrial production as measured by the index of industrial production (IIP) turned out to be slower than a year ago. In August, steel production rose to a 37-month high and cement production maintained momentum - auguring well for construction activity - even though the output of core industries as a whole was weighed down by a decline in the production of coal, crude oil and natural gas and deceleration in refinery products and electricity generation. Nonetheless, business expectations polled in the Reserve Bank’s industrial outlook survey and by other agencies remain expansionary in Q2 and Q3. The strong public investment in roads, railways and inland waterways, the recent efforts to unclog cash flows in large projects under arbitration, and the boost to spending from the 7th Pay Commission’s award, should improve the industrial outlook. In the services sector, the acceleration in the pace of activity in Q1 appears to have been sustained. An increasing number of high frequency indicators are moving into positive territory, construction is boosted by policy initiatives, and public administration, defence and other services will be supported by the pay commission award.

5. Retail inflation measured by the headline CPI had been elevated by a sharp pick-up in the momentum of food inflation overwhelming favourable base effects during April-July. In August, however, the momentum of food inflation turned negative and surprised expectations; consequently, base effects in that month came into full play and pulled down headline inflation to an intra-year low. Fuel inflation has moderated steadily through the year so far. Inflation excluding food and fuel (including petrol and diesel embedded in transportation) has been sticky around 5 %, mainly in respect to education, medical and personal care services. Households reacted to the recent hardening of food inflation adaptively and raised their inflation expectations in the September 2016 round of the Reserve Bank’s inflation expectations survey of households. Input costs in the manufacturing sector, including staff costs, have firmed up slightly as evident in various surveys, but the presence of considerable slack has restrained their transmission into corporate pricing power.

6. Liquidity conditions have remained comfortable in Q3, with the Reserve Bank absorbing liquidity on a net basis through variable rate reverse repo auctions of varying tenors. Liquidity was injected through open market purchases of `200 billion in line with the system’s requirements. As a result, the weighted average call money rate (WACR) remained tightly aligned with the policy repo rate and, in fact, traded with a soft bias. Interest rates on commercial paper (CPs) and certificates of deposit (CD) also eased.

7. In the external sector, merchandise exports contracted in the first two months of Q2. Subdued domestic demand was, however, reflected in a faster contraction in imports. Moreoever, the still soft crude prices pared off a fifth of the oil import bill and gold import volume slumped to a fifth of its volume a year ago. Consequently, the merchandise trade deficit narrowed by US$ 10 billion in April-August on a year-on-year basis. These developments are likely to have contained the current account deficit in Q2 at its level in Q1, although the decline in remittances and the flattening of software earnings warrants monitoring. While the pace of foreign direct investment slowed compared to a year ago, portfolio flows were stronger after the Brexit vote, galvanised by a search for returns in an expanding  universe of negative  yields. The  level of foreign exchange reserves rose to   US$ 372 billion by September 30, 2016 – an all-time high.

8. The Committee expects that the strong improvement in sowing, along with supply management measures, will improve the food inflation outlook. It notes that the sharp drop in inflation reflects a downward shift in the momentum of food inflation – which holds the key to future inflation outcomes – rather than merely the statistical effects of a favourable base effect. The Government has announced several measures to cool food inflation pressures, especially with regard to pulses. These measures should help in moderating the momentum of food inflation in the months ahead. This has opened up space for policy action, as indicated in the third bi-monthly monetary policy statement. The easy liquidity conditions engendered by the Reserve Bank’s operations should also enable the smooth transmission of the policy action through various market segments. Furthermore, banks should find added impetus for better transmission by the recent downward adjustment in small savings rates. The Committee took note of potential cost push pressures that may emerge, including the 7th pay commission award on house rent allowances, and the increase in minimum wages with possible spillovers through minimum support prices. The fuller play of these factors will need vigilance to prevent a generalised cost spiral from taking root. On balance, the Committee envisages a trajectory taking headline CPI inflation towards a central tendency of 5 % by March 2017, with risks tilted to the upside albeit lower than in the second and third bi-monthly monetary policy statements of June and August respectively (Chart 1).

9. The momentum of growth is expected to quicken with a normal monsoon raising agricultural growth and rural demand, as well as by the stimulus to the urban consumption spending from the pay commission’s award. The accommodative stance of monetary policy and comfortable liquidity conditions should support a revival of credit to the productive sectors. The continuing sluggishness in world trade and smaller terms of trade gains than in the past point, however, to further slackening of external demand going forward. Accordingly, the projection of growth of real gross value added (GVA) for 2016-17 is retained at 7.6 %, with risks evenly balanced around it (Chart 2).

10. Six members voted in favour of the monetary policy decision.  The minutes of the MPC’s meeting will be published on October 18, 2016. The next meeting of the MPC is scheduled on December 6 and 7, 2016 and its resolution will be announced on December 7, 2016.