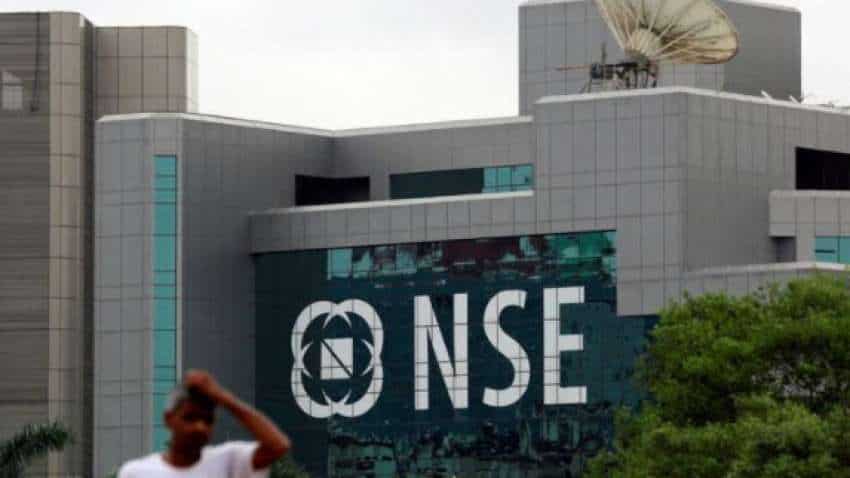 HDFC Securities says that the Indian equity benchmark indices witnessed a roller coaster ride on Oct 29. Nifty opened lower, rose to make an intraday high around noon and fell again to revisit the lows at 2.30 pm. At close the Nifty ended 0.5% lower at 11,670.8.

Volumes on the NSE were in line with recent averages. IT and Energy indices were the only gainers, while Media, Auto, FMCG, Metals and Pharma indices ended up in the red.

Asia's stock markets fell on Thursday, but did not see the panic selling seen in Europe and the United States in the previous session.  European markets started Thursday on a firmer footing after concerns even as investors were bracing themselves for a big day on the economic front, including the European Central Bank’s latest monetary policy statement.

Nifty broke the support of 11661 on an intraday basis but closed above it. A breach of this level could take the Nifty down to 11578-11604 bands. Negative advance decline ratio over the last few sessions denotes continuous profit taking by local institutions and non institutional players. Our markets will look forward to panic settling down elsewhere to stabilise and see some upmove.

The downside momentum continued in the market for the second consecutive session on Thursday, which was for the first time after many sessions and Nifty closed the day lower by 58 points. After opening on a downside gap, Nifty made an intraday swing highs and lows during the day. Buying has emerged from the lows of 11625 levels and selling pressure triggered at the highs of 11725 levels.

A small positive candle was formed on Thursday with upper shadow, which indicates a broader range movement with negative bias in the market and the upper shadow signal sell on rise opportunity for the day. The overall market breadth continues to be negative and the broad market indices like midcap 100 and small cap 100 have closed the day lower by 0.43% and 0.92% respectively.

After moving below the last 9-10 sessions range at 11660 on Thursday, Nifty failed to continue with a decisive downside breakout. It shifted into a range bound movement and managed to close at the edge of the breakout area at 11670 levels.

Hence, this above said pattern could not be considered as a downside breakout of the range and one may expect chances of an upside bounce in the coming sessions, above 11700 levels. The anticipated upside bounce could confirm a false downside breakout of the range and could open room for more upside in the near term. But, a decisive decline below 11600 levels is expected to negate our bullish bias and open further weakness in the market.

Conclusion: The short term trend of Nifty continues to be negative. Today's consolidation pattern below the lower range of 11700 levels could bring some hopes for bulls to make a comeback from the lower levels. The lower 11600 is going to be a make or break situation for the market for reasonable movements on either side. Immediate resistance is placed at 11750.

HDFC Life helps ‘Dabbawalas’ against the Covid-19 crisis with #PromisewalaDabba