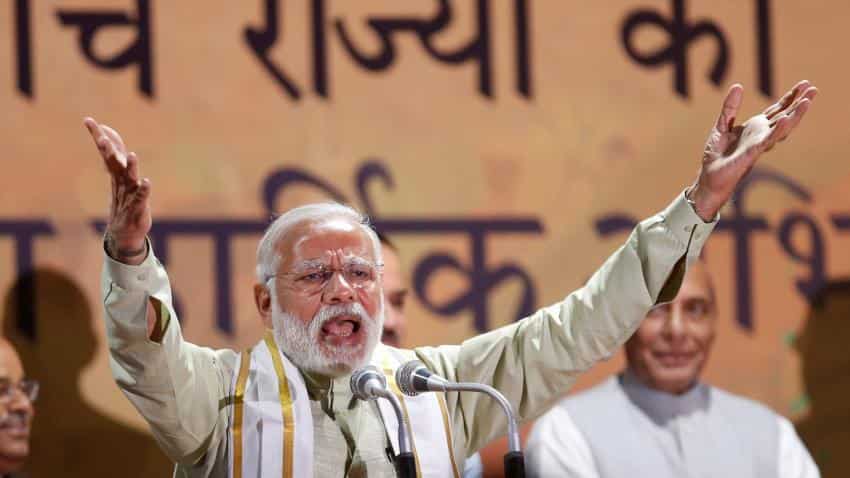 The Lower House of Parliament on Wednesday gave its approval to four bills of the Goods and Service Tax (GST) stipulated to be rolled out by July 1.

The Central GST bill was introduced in the Lok Sabha on March 27 and was one of the bills passed by the government.

The other three supplementary bills were Integrated GST, Union Territory GST and the compensation bill, which provided 40% peak tax rate and the establishment of an authority to protect consumers from profiteering by businesses after the tax is in place.

“While most goods and services will be covered under GST, alcohol for human consumption will remain outside its purview. Petroleum products are initially outside its purview but may be brought under GST if the GST Council so decides,” non-profit organisation, PRS Research said in a report dated March 27.

Finance Minister, Arun Jaitley said, “The 12 meetings of the GST council were held to make it a process based on consensus and recommendations.”

Some of the key features of these bills were listed by PRS Legislative Research as follows:

2. Tax rates: The GST Council will recommend the tax rates with respect to CGST, SGST and IGST. The tax rates for each CGST and SGST will not exceed 20%. The tax rate of IGST will not exceed 40%. In addition, a cess will be levied on certain goods and services to compensate states for revenue loss (discussed later). The Central GST Bill allows certain taxpayers with turnover less than Rs 50 lakh to pay CGST at a flat rate on turnover (composition levy), instead of the value of supply of goods and services.

3. Date of liability: The liability to pay GST in relation to supply of goods and services will arise on the date of: (i) issue of invoice, (ii) receipt of payment, whichever is earlier.

4. Exemptions from GST: The centre may exempt certain goods and services from the purview of GST through a notification. This will be based on recommendations of the GST Council.

5. Taxable amount (value of supply): The GST will be levied on the supply of goods and services, whose value will include: (i) price paid on the supply, (ii) taxes and duties levied under other tax laws, (iii) interest, late fee, penalties for delayed payments, among others.

Supply of goods and services

8. Input tax credit: Every taxpayer while paying taxes on outputs may take credit for taxes paid earlier by the supplier on inputs. However, this will not be applicable on supplies related to: (i) motor vehicles when used for personal consumption, (ii) supply of food, health services, etc. unless they are further used to make a supply.

10. Registration of taxpayers: Every person with a turnover exceeding Rs 20 lakh will have to register in every state in which he conducts business. This threshold will be Rs 10 lakh for special category states (i.e. Himalayan and North-Eastern states). A person may have multiple registrations for different business verticals in a state.

11. Returns: Every taxpayer should self-assess and file tax returns on a monthly basis by submitting: (i) details of supplies provided, (ii) details of supplies received, and (iii) payment of tax. In addition to the monthly returns, an annual return will have to be filed by each taxpayer.

12. Refunds and welfare fund: Any taxpayer may apply for refund of taxes in cases including: (i) payment of excess taxes, or (ii) unutilised input tax credit. The refund may be credited to the taxpayer, or to a Consumer Welfare Fund under certain circumstances.

Compensation to states for revenue loss

i. Projected growth rate and base year: The compensation amount will be calculated using revenue collections in 2015-16 as the base year. A growth rate of 14% per annum over the base year will be assumed. The base year tax revenue will consist of the states’ tax revenues from: (i) Value Added Tax (VAT), (ii) central sales tax, (iii) entry tax, octroi, local body tax, (iv) taxes on luxuries, and (v) taxes on advertisements, among others. Revenue arising in relation to supply of alcohol for human consumption and certain petroleum products, will not be accounted in the base year revenue.

ii. Calculation and release of compensation: The compensation payable to a state will be provisionally calculated and released at the end of every two months. An annual calculation of the total revenue will be undertaken, which will be audited by the Comptroller and Auditor General of India.

14. Prosecution and appeal: For offences such as mis-reporting of: (i) goods and services supplied, (ii) details furnished in invoices, a person may be fined, imprisoned, or both by the CGST Commissioner. Such orders can be appealed before the Goods and Services Tax Appellate Tribunal, and further before the High Court.

15. Transition to the new regime: Taxpayers with unutilised input tax credit obtained under the current central excise and state VAT laws may utilise it under GST. In addition, businesses may also avail input tax credit on stock purchased before the implementation of GST.

Other provisions in the Bills

16. Anti-profiteering measure: The central government may by law set up an authority to examine if reduction in tax rate has resulted in commensurate reduction in prices of goods and services. The powers of the authority will be prescribed by the government.