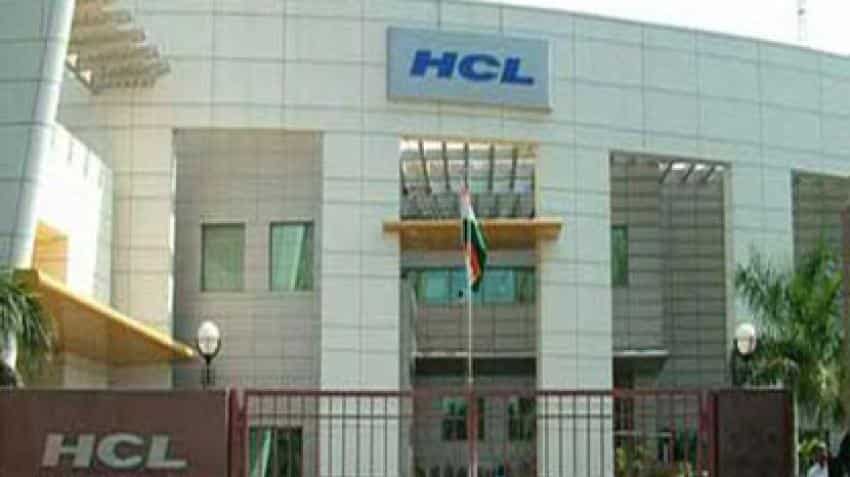 HCL Technologies board of directors has declared an interim dividend of Rs 2 per equity share. Image source: PTI

HCL Technologies share price dropped as much as 5 per cent in Wednesday's trade after the IT major disappointed Street by posting a 9.8 per cent decline in consolidated net profit for the quarter ended March 2018. The company's fourth largest software services firm had reported a net profit of Rs 2,474 crore in the corresponding quarter a year ago, as per Indian Accounting Standards (Ind AS). The IT firm's net profit grew 7.46 per cent on quarter-on-quarter basis.

HCL Technologies expects its revenues to grow between 9.5-11.5 per cent on constant currency basis in the fiscal year 2018-19.

"We conclude the fourth quarter and the financial year 2018 with an industry-leading performance backed by broadbased growth across verticals, robust client additions and accelerated revenues from mode 2 and 3 services," HCL Technologies President and CEO C Vijayakumar said.

He added that the company remains confident of the new fiscal in light of the increasing relevance of the business offerings coupled with strategic investments in technologies of the future.

The HCL Technologies board of directors has declared an interim dividend of Rs 2 per equity share.