The Haryana government has decided to give 10 per cent reservation to the economically backward among the general category in jobs and educational institutions in the state. 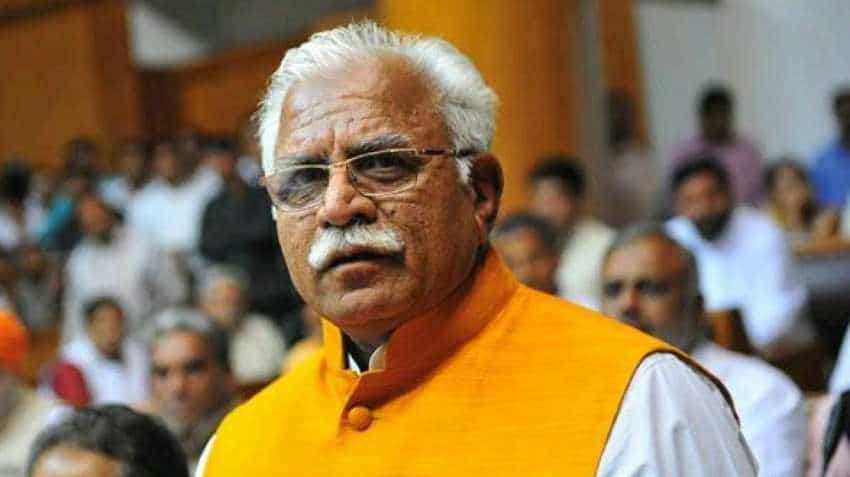 The Haryana government has decided to give 10 per cent reservation to the economically backward among the general category in jobs and educational institutions in the state. A decision to this effect was taken in the meeting of state cabinet, which met here on Wednesday under the chairmanship of Chief Minister Manohar Lal Khattar. The 10 per cent reservation will be given to Economically Weaker Sections in recruitment to various category of posts including Group A, B, C and D, in all Departments, Boards, Corporations and Local Bodies of the state government.

Besides, the government has also decided to grant 10 per cent reservation to the EWS in admissions to all educational institutions in government or government-aided educational institutions. As per an official statement, those persons will be excluded from the benefits of reservation if their families own or possess five acres of agricultural land and above, residential flat of 1,000 square feet and above, residential plot of 100 square yards and above in notified municipalities, residential plot of 200 square yards and above in areas other than the notified municipalities and any immovable property worth more than Rs 1 crore.

Such persons will be excluded from being identified as Economically Weaker Sections irrespective of the family income. Haryana joins the list of states such as Gujarat and Jharkhand which have adopted the recent legislation of the Modi government giving quota benefits to poor among the general category.

The quota will be over and above the existing 50 per cent reservation to SCs, STs and Other Backward Classes (OBCs) in the state. The cabinet also approved the establishment of State Sports University to promote sports education, and the Haryana State Youth Policy aimed to empower the youth to achieve their potential to facilitate all round development of the society.
It also approved State Culture Policy called 'Kala Evam Sanskriti Haryana Neeti'.

The objectives of the policy are to protect, preserve, conserve and manage cultural heritage of the State. Among other decisions, the Cabinet approved the proposal for implementation of Delhi-Gurugram-SNB?Corridor of Regional Rapid Transit System (RRTS). In order to decongest the national capital, the central government has planned three RRTS corridors -- Delhi-Ghaziabad-Meerut, Delhi-Gurgaon-Alwar and Delhi-Sonipat-Panipat to enable fast commute from cities around Delh in the NCR.