GST: These actions 'will force people involved in evasion to pay their taxes'

K N Raghavan, principal commissioner, goods and services tax, Mumbai, in a candid talk with Zee Business’s Anurag Shah, said the new returns process, which has been placed for consideration and passage by the GST committee, will help in solving problems related to return filing. 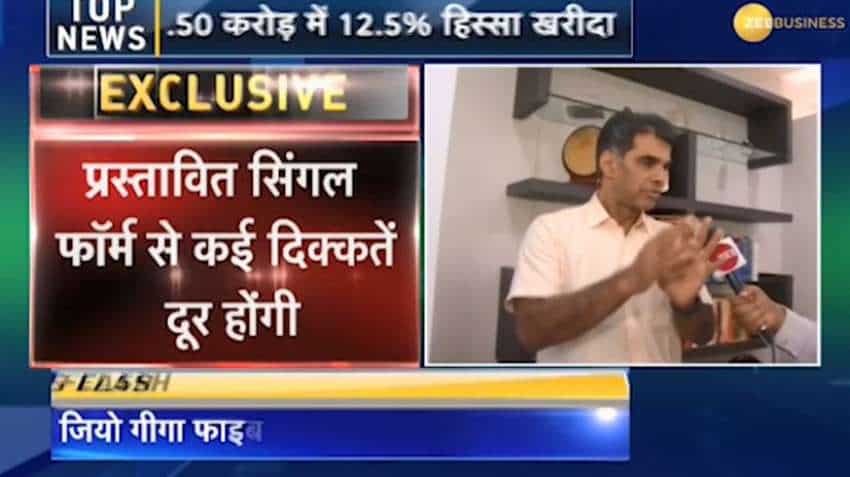 K N Raghavan, principal commissioner, goods and services tax, Mumbai, in a candid talk with Zee Business’s Anurag Shah, said the new returns process, which has been placed for consideration and passage by the GST committee, will help in solving problems related to return filing.

GST has completed one year, during which several concessions were granted to solve the problems in the system. What is the way ahead?

Yes, there were challenges but they have been stabilised in the first year. GSTR-1 and the GSTR-3B process of filing have been stabilised to smoothen the process. Secondly, a new return process has been placed in front of the committee and its passage will solve the problems that are being faced while filing the returns. When it comes to compliance, then there were problems in the IT infrastructure of the system, but it has been stabilised. Besides, we faced several challenges in shifting from an established system to a new system. But this shift has helped in broadening the tax base as there is an increase in the number of taxpayers.

You are saying that the compliance will be increased. Can you tell us about the type of compliance that will be added to the list?

It is an IT-dependent system and thus will need an optimum use of the manpower. Increase in compliance will make traders and suppliers, who are not part of the GST system, to join the system to take benefits of the network such as credits on their invoices. In addition, certain anti-evasion actions will be added to the system, which will force people involved in evasion to come forward to pay their taxes. So the combination of support and tough stand with regard to evaders will be taken in the long run.

What will be the role of your department in the anti-evasion actions? The even wrong interpretation could also lead to evasions. Will you consider such evasions as a deliberate action?

The pharma companies and FMCG companies say GST on products meant for marketing purposes is hurting them.

I will not be able to explain the specific case as I am not aware of the facts of the same. But, such companies can approach the advance ruling authority as well as the appellate authority with their pleas. These authorities are functional and hearings are going on at both levels.

In the recent past, you launched a GST refund drive. I would like to know about the kind of response that the drive saw? Are the problems related to exporters being sorted out?

Yes, it is being solved. There were certain problems related to refunds and it was happening due to the automatic system, which forced us to tackle them manually.