GST rates change plan: Ahead of the new year, the goods and services tax on 25-50 items is set to be reduced in the next few days 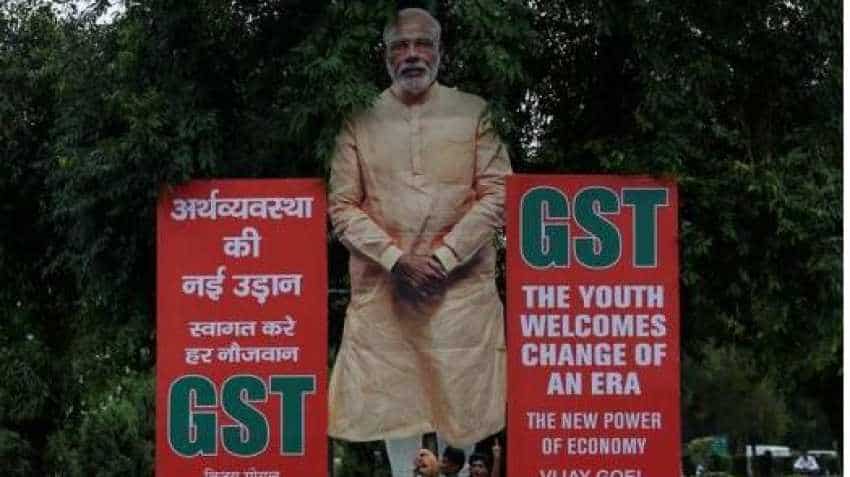 GST rates change plan: Ahead of the new year, the goods and services tax on 25-50 items is set to be reduced in the next few days. These items may also include air conditioners, dishwaters and digital camera. Prime Minister Narendra Modi on Tuesday gave a strong hint that only luxury goods will remain the the top slab of 28% while 99% of the items would be brought in the 18% bracker.

PM Modi said his government wants to ensure that 99 per cent items attract sub-18 per cent GST slab. The prime minister said that the government is working towards a situation where 99% of items will be covered in the 18% GST slab as the GST system has been established. Before implementation of the GST, registered enterprises only numbered 65 lakh, which has now risen by 55 lakh, the prime minister said at a media summit in Mumbai.

"Today, the GST system has been established to a large extent and we are working towards a position where 99 per cent items will attract the sub-18 per cent GST slab," PM said.

The prime minister hinted that 28 per cent slab of GST would be restricted to a few select items, such as luxury goods. "We are of the opinion of making GST as smooth as possible for the enterprises...
In earlier days, the GST was framed according to the existing VAT or excise tax structures exercised in those respective states. (With) the discussions held from time to time, the tax system is getting improved," Modi said.

"The country was demanding GST for decades. I am pleased to say that GST implementation has removed contradictions in the trade market and efficiency of system is improving. The economy is also getting transparent," Modi said.

GST Council will meet on Saturday. It is expected that the rate will also be brought down on farmland products like irrigation sprinklers and others that aare currently in 18% slab.  The list of items in the 28% slab is just 35. When the GST was launched, it was 226. Items in the 28% bracket include waffles and wafers coated with chocolate, Sunscreen, Dye, Hair clippers, Ceramic tiles, Wallpaper, Dishwasher, Automobiles Motorcycles, Aircraft for personal use, Pan masala, Tobacoo, Cigarette, Bidis, Cement, Yachts, Weighing machine ATM, Vending machines, Aerated water.

Out of these items, automobiles, soft drinks, cigarettes, pan masala and tobacco products, yachts and aircraft for personal use are strictly no-go areas. This implies, GST Council can prune rates on items that concern the common man - household appliances, cement, tyres and auto parts.