For understanding the current revenue performance, the survey explained that it requires all the  taxes that the GST replaced from an all-India perspective. 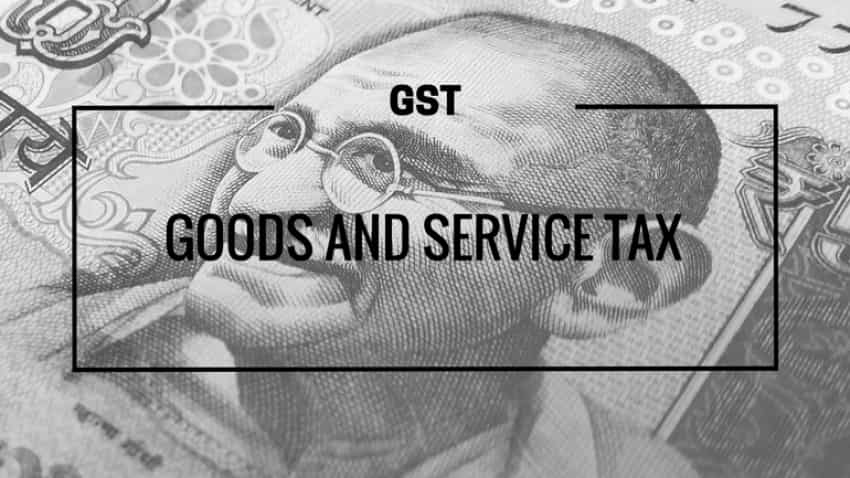 Clearing the confusion over the performance of Goods and Services Tax (GST), the Economic Survey 2018 today said the revenue collection under this regime is doing well.

The survey said, “Confusion, even anxiety, abounds about revenue performance so far after five months of collections under the new GST. This confusion is understandable given its newness and complexity.”

“Confusion has also arisen because of the attempt to view this through the narrow lens of the states or the center; of uncertainty about the build-up of balances in the IGST and their sharing; and of the fact that only 11 months revenues will be collected,” it added.

However, the survey believes that this uncertainty over GST will stabilize later this year.

For understanding the current revenue performance, the survey explained that it requires all the  taxes that the GST replaced from an All-India perspective. 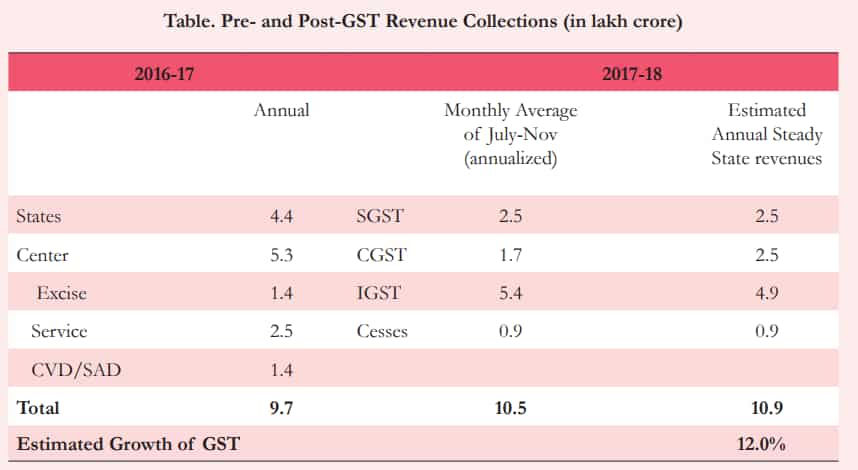 As per the survey, VAT for the states, and the excise and service taxes as well as the countervailing duties/special additional duty (SAD) on imports together amounted to Rs 9.7 lakh crores in 2016-17.

From the data above, in the first five months of GST, the actual collections by categories are running at a rate of Rs 10.5 lakh crore (five-month average, annualized).

But at least two corrections need to be made to this number, the survey says.

First, CGST (The Center’s) collections are running well below SGST (The States’)collections (they should be identical by construction) because of a large stock of unutilized credit available in respect of the old excise and service tax. It is expected to decline over time.

While under steady state, "CGST collections should be close to SGST collections. Against this, we need to adjust the IGST for a much higher steady-state level of refunds, estimated at an additional Rs 50,000 crores."

The long-awaited GST was announced on July 2017, based on the  firm footing provided by the discernible improvements in most fiscal indicators such as revenue buoyancy, expenditure quality, tax devolution and deficits.

The survey says,"The GST was unveiled after comprehensive preparations, calculations and multi-stage consultations, yet the sheer magnitude of change meant that it needed to be carefully managed."

The government is navigating the change and challenges, including the possibility that a substantial portion of the last-month GST collections may spill over to the next year, the survey says.

Additionally, the growth in direct tax collections of the Centre has kept pace with the previous year and is expected to meet targets, with a growth of 13.7% while indirect taxes grew by 18.3% during April-November 2017.

Eventual outcome of indirect taxes, during this fiscal will depend on the final settlement of GST accounts between the Centre and the States.

Given the nominal GDP growth of 10.5% projected in the survey, buoyancy amounts to 1.14, above the historical buoyancy for indirect taxes of 0.9. In the initial phase of such a large disruptive change, this performance is noteworthy.

"The GST promises to be a buoyant source of future revenues," the survey added.