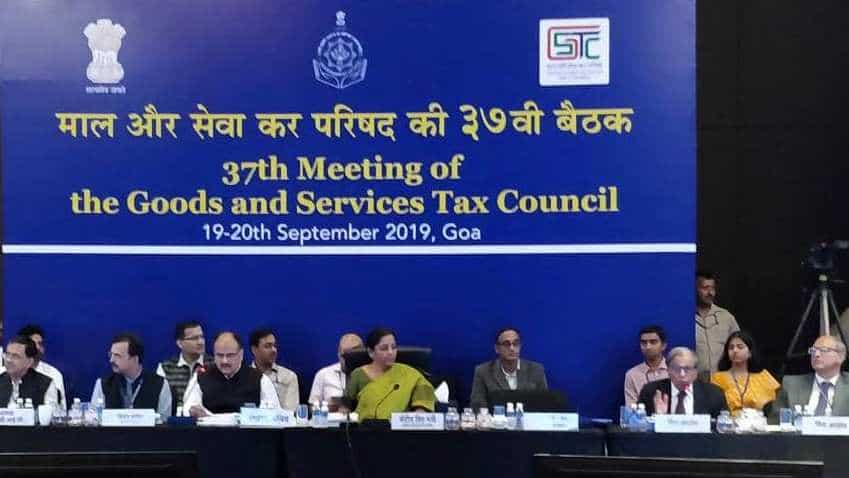 After the 37th GST Council meeting in Goa concluded in the evening, Union Finance Minister Nirmala Sitharaman faced the media and explained what decisions were taken. FM revealed that exemption from GST/IGST is being given on import of specified defence goods not being manufactured indigenously, adding that it is being extended only up to 2024.

She said, "Supply of goods & services to FIFA and other specified persons also exempted for U17 Women's World Cup in India."

FM added that aerated drinks manufacturers have been excluded from compensation scheme.

GST Council decided to go for a uniform GST rate of 12 percent on polypropylene and polyethylene, woven and non-woven, whether on not laminated, for packing, she said and added that GST on railway wagons, and coaches has been increased to 12 percent, up from 5 percent.

1. The GST on jobworks for diamonds has been cut to 1.5 percent, up from 5 percent.

2. Rate on hotel rooms with tariff over Rs 1,000 will attract zero percent GST.

5. The GST cess on 10-13 seater passenger vehicles has been cut to one to three percent for petrol and diesel vehicles.

6. GST on supply of machine job has been cut to 12 percent, down from 18 percent.

7. The GST Council has also exempted Platinum imported for re-export as jewellery from GST.

8. The Council recommended to reduce GST on cut and polished semi-precious items to 0.25 per cent from 3 per cent now.

9. The revised GST rates would become effective from October 1, 2019.