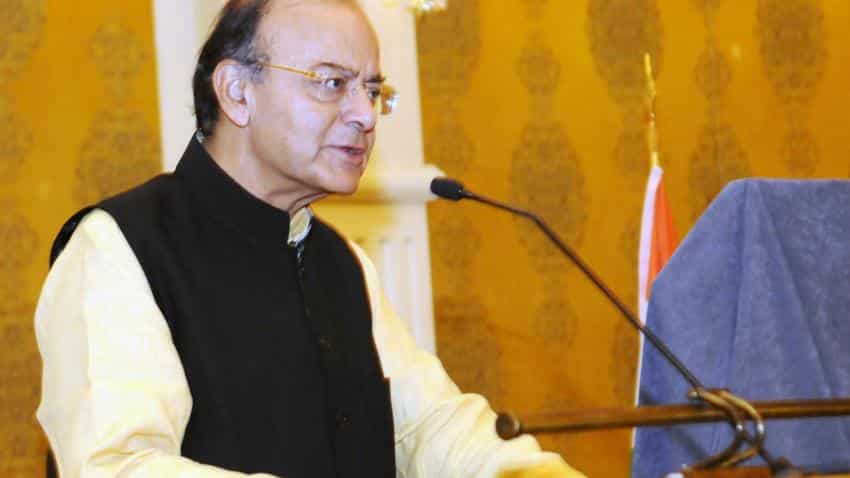 Rules on GST refund, registration, invoice debit and credeit have now been finalised and the next meet of the council will be held on May 18-19. Photo of Finance Minister, Arun Jaitley. Image Source: IANS
Written By: ZeeBiz WebTeam
RELATED NEWS

Jaitley said that the Council will now seek views on final amended draft on the Goods and Service Tax (GST) bill, which will be taken up in the next meeting.

He further added that rules on GST refund, registration, invoice debit and credeit have now been finalised and the next meet of the council will be held on May 18-19.

Rate structure for the individual items will also be taken up at the next meeting Jaitley said.

Credit manufacturers received for paying input taxes towards inputs used in the manufacture of products is known as input tax credit.

“Every taxpayer while paying taxes on outputs may take credit for taxes paid earlier by the supplier on inputs. However, this will not be applicable on supplies related to: (i) motor vehicles when used for personal consumption, (ii) supply of food, health services, etc. unless they are further used to make a supply,” a report by PRS Research Legislative said on March 27.

Under section 9(4) of the GST Bill stated that if a supplier is not registered, and there is a sale to a registered entity then the buyer shall bear the GST on such sale under what is technically referred to as a reverse charge mechanism.

Analysts have said that the reverse charge mechanism will impact the working capital wherein the company or registered entity will have to bear this tax and then seek a credit against its own liability.

“Taxpayers with unutilised input tax credit obtained under the current central excise and state VAT laws may utilise it under GST. In addition, businesses may also avail input tax credit on stock purchased before the implementation of GST,” the PRS Research Legislative report added.