GST a game changer, but this is what Rakesh Jhunjhunwala wants

"GST, I think is a game changer. We have to understand that all correction and all change in this country is a process. It’s a democracy. It takes time. I think we are going in the right direction," said Rakesh Jhunjhunwala. 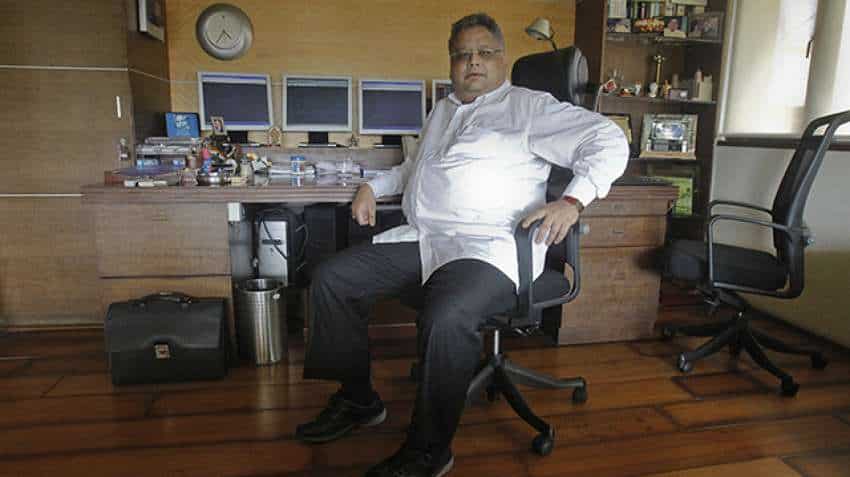 Rakesh Jhunjhunwala had said that the effect of GST would be far deeper than the tax itself. Image source: Reuters
Written By: ZeeBiz WebTeam
RELATED NEWS

Rakesh Jhunjhunwala is known for his smart stock market movements. However, with goods and services tax (GST) celebrating its first anniversary yesterday, the Ace investor reacted by saying that he has been in favour of the new tax regime since its launch on July 1, 2017. As India's biggest tax reform in a decade completes one-year of the implementation, Jhunjhunwala in a recent interview called GST a game-changer, adding that the country is going in the right direction.

"GST, I think is a game changer. We have to understand that all correction and all change in this country is a process. It’s a democracy. It takes time. I think we are going in the right direction," said Rakesh Jhunjhunwala in an interview to CNBC-TV 18.

However, the stock market guru added a proviso and said, that, "I would be happy if the speed is enhanced."

Meanwhile, the government celebrated July 1, 2018, as 'GST Day' to mark the first anniversary of the new indirect tax regime. GST was rolled out in the intervening night of June 30 and July 1, last year, in a ceremony held in the Central Hall of Parliament with then President Pranab Mukherjee and Prime Minister Narendra Modi doing the honours.

Following its implementation last year, Jhunjhunwala had said that the effect of GST would be far deeper than the tax itself, because of 3 reasons. "First it will lead to digitisation. Anybody who has a business with a turnover of more than Rs 20 lakh will have to digitalise their business and that is going to bring in tremendous efficiency in the way we work. Second, it is going to lead to big logistical gains because companies are required to maintain warehouses in each state as they did not want to pay the central sales tax, and lorries were stopped at lots of places. Thirdly, the rates are not going to lead to any increase in taxation. Overall, there is going to be some reduction in taxes and not some increase," said Jhunjhunwala, the owner of RARE Enterprises in an interview with ET Now.

Although the long-term impact of GST will turn out to be beneficial, experts believe the extent of short-term pain could have been avoided. "The government touted the GST as Good and Simple Tax. However, in its present avatar, GST is only a Good but not a Simple Tax," said Sachin Vasudeva, Senior Partner at SCV & Co. LLP.

“If the government actually wants to make GST into a Good and Simple Tax then it should look at making the law simpler in terms of the compliance burden and start trusting the tax payers,” Vasudev added.