GSP withdrawal by US: Piyush Goyal says it won't have major impact on India

Piyush Goyal said,  "Government of India continues to engage with the US on trade but certainly at no point of time will any such engagement be at the cost of India`s sovereignty." 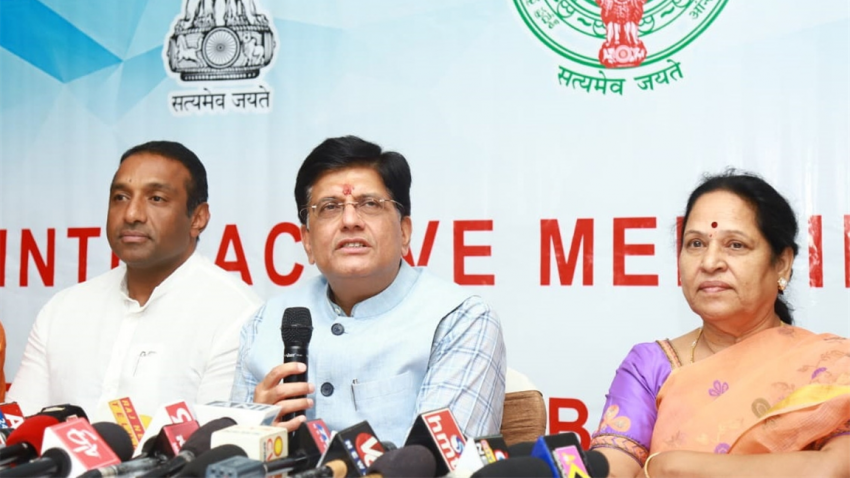 Piysuh Goyal said "some of the demands that were raised on India was such that India could not yield on them." Image source: IANS

Union Commerce Minister Piyush Goyal reiterated that the withdrawal of generalized system of preferences (GSP) by the United States will not have significant impact on India, while replying to a question asked by CPI leader D. Raja in the Rajya Sabha today. Assuring the members that India was well competent to handle the international trade situation, Goyal made following remarks.

1. Piysuh Goyal said "some of the demands that were raised on India was such that India could not yield on them," adding "I would like to submit that the total impact of GSP is under 250-260 million dollars in a year and for a country with a size and strength of India I can assure that it will not have any significant impact."

2. The Commerce minister told Parliament that exports last year had gone up significantly and in the current year they would grow further. On the steps being taken by the government to boost foreign trade, he said, "Obviously in a situation when the world is seeing trade wars across nations, India will come into the cross-fire."

3. He said the government has fortified its foreign exchange reserves too and is taking proactive measures to boost exports, adding "Irrespective of any trade situation that impacts two nations, India is looking at ways to use those opportunities to encash it and boost exports."

4. According to him, "Government of India continues to engage with the US on trade but certainly at no point of time will any such engagement be at the cost of India`s sovereignty."

5. The GSP allowed Indian traders and exporters duty-free access to supply certain items such as imitation jewellery and leather articles (other than footwear) into the US market. The US GSP withdrawal came into effect from June 5. In a retaliatory move, India raised tariffs on 28 products exported from the US with effect from June 16.

6. The GSP withdrawal gains significance as Indian financial markets off late have felt the pressure over a possible escalation of India-US trade tension, especially when the GDP growth has been falling for consecutive quarters.

7. Reserve Bank Governor Shaktikanta Das had also pointed at clear evidence of economic activity losing traction while presenting the rationale for a rate cut, as per the minutes of the MPC meeting released by the central bank.