So far, a total of 88 mineral blocks have been notified by 9 states for auction 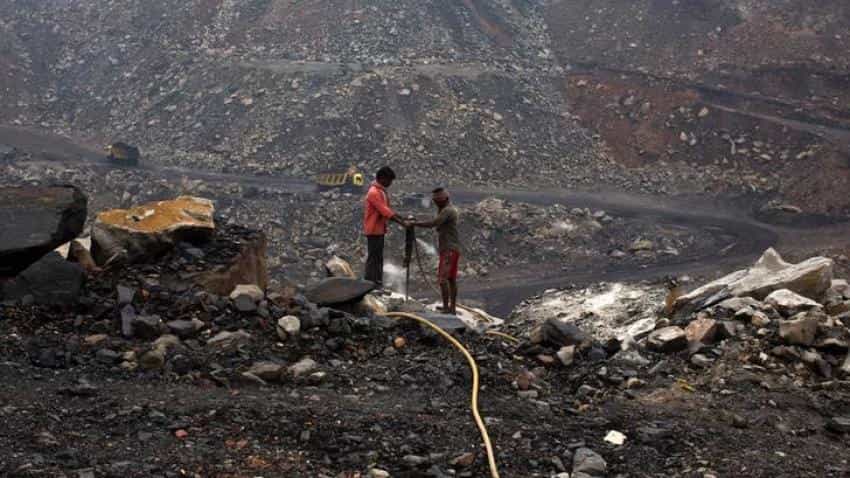 33 blocks have been successfully auctioned with an estimated revenue of Rs 1.28 lakh crore over the lease period to the states. Image source: Reuters
Written By: PTI
RELATED NEWS

Govt plans to auction over 100 mineral blocks by Mar 2019

The government has identified eight more mineral blocks with a cumulative reserve of 1,133 million tonnes (MT) in Rajasthan, Chhattisgarh and Jharkhand to be auctioned by mid-march.

So far, a total of 88 mineral blocks have been notified by 9 states for auction, of which 33 blocks have been successfully auctioned with an estimated revenue of Rs 1.28 lakh crore over the lease period to the states.

Of the eight mines, six are of lime stone - five in Rajasthan and one in Chhattisgarh, one of iron ore and the remaining one is of graphite & quartz - both in Jharkhand.

Five of the limestone blocks in Rajasthan - four in Nagaur district and one in Jaisalmer - will be put under hammer on February 7, while the Chhattishgarh mine in district Baloda will go for e-auction on March 12, as per the mines ministry.

Of these eight blocks, only one limestone block in Chhattisgarh is reserved for clinker and cement plants, while there is no end use reservation for the remaining, the ministry said.

The ministry, meanwhile is also contemplating at setting up special purpose vehicles (SPVs) that will acquire necessary project clearances, including environmental, for the mineral blocks before bidding, a move that may add pace to the auction process, an official said.

Mines Secretary Arun Kumar had said last month that recent changes in bidding rules are expected to lead to wider participation and a smoothening of the process.

"We had rounds of discussions and have brought out the amendments in auction rules which we feel will go a long way in smoothening the process," he has said.

So far, 33 mineral blocks have been auctioned and revenue to the states estimated at Rs 1,28,000 crore over the lease period.

This fiscal, so far 12 mineral blocks have been auctioned, which brought a revenue of Rs 48,000 crore over a lease period of 50 years to the states.

Almost 30 blocks will be put up on auction in January 2018, which is the highest in a month since the auction route was adopted for allotment of the mineral blocks.

Prior to the changed guidelines, the process of auction used to get scrapped if there were less than three bidders and this process was carried out for at least three rounds and flexibility was allowed only in the fourth round.

Each round of auction went on for a minimum of three months, which saw many blocks getting annulled time and again.

While a minimum of three bidders is still required in the first attempt to auction, under the amended rules now, the states have the flexibility of allocating the block in the second round itself even if there are less than three bidders.

Govt plans to auction over 100 mineral blocks by Mar 2019