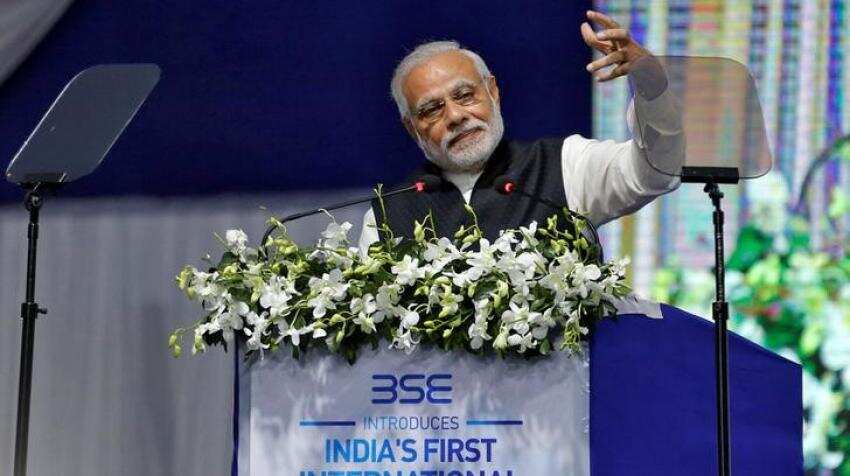 The GNDI at current prices is estimated as Rs 139.29 lakh crore for the year 2015-16. Photo: Reuters
Written By: ZeeBiz WebTeam
RELATED NEWS

Ministry of Statistics & Programme Implementation on Tuesday revised the real Gross Domestic Product (GDP) growth to 7.9% for the fiscal year 2016 as against 7.6% in earlier estimates.

In a statement, Ministry gave the major reasons for variation between the Provisional Estimates (released in May 2016) and the First Revised Estimates of GVA for 2015-16. For the Primary sector, the provisional estimates were 2.2% and the revised estimate is 2.6% because of production of some crops, livestock products, fish and forestry products; and use of annual financial reports of public & private sector companies in place of IIP in the case of ‘mining & quarrying’.

For Secondary sector, the Provisional estimates were 7.4% and the first revised estimate is 7.8% due to actual analysis of financial reports of a larger sample of public & private sector companies instead of key financial indicators derived from advance filings of a small sample of Companies used earlier.

Lastly, for tertiary sector, the provisional estimates were 8.9% and the revised estimates is 9.8%. The reason of the variation is the use of Revised Estimates of sales tax and other items in central & state government budget documents instead of Budget Estimates; and replacement of key financial indicators derived from advance filings of a small sample of Companies with actual analysis of financial reports of a larger sample of public & private sector companies.