The government may announce the auction of cash management bills (CMB) worth Rs 20,000 crore maturing in 40 days or 45 days to roll over the 45-day CMB maturing on August 10 (Friday) amid continued government spending ahead of key state elections. 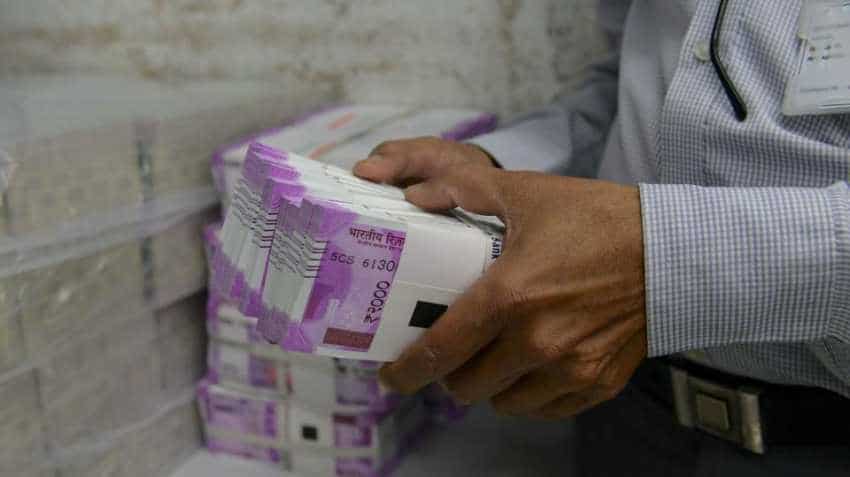 The government may announce the auction of cash management bills worth Rs 20,000 crore maturing in 40 days or 45 days. Image source: AFP
Written By: ZeeBiz WebTeam

The government may announce the auction of cash management bills (CMB) worth Rs 20,000 crore maturing in 40 days or 45 days to roll over the 45-day CMB maturing on August 10 (Friday) amid continued government spending ahead of key state elections.

Majority of money market dealers believe Reserve Bank of India (RBI) too would prefer government rolling over the current CMB to mature by late-September, as that will support liquidity after second-quarter advance tax outflow.

“Rollover looks ideal at this time as it makes sense to issue a 40-to-45 day CMB which shall mature around late-September (around September 25) that will cross GST and second-quarter advance tax payouts. Banking system looks comfortable and also overnight rates are near reverse repo level. Despite indirect tax payout, the system will still remain near neutral,” Satyakam Gautam, associate vice-president at Industrial and Commercial Bank of China (ICBC) said.

“Government borrowing plan for the first half has been lower and considering five state elections this year, expenditure has to be higher and CMBs are used to offset those mismatches,” Satyakam Gautam added.

The weighted average call money has been trading near or below reverse repo from last few days as liquidity conditions eased considerably with a surplus of Rs 51,200 crore during the last week of July compared to 16 days of continuous deficit. While month-end government spending was expected to bring some relief in liquidity, lower CIC increase and RBI taking delivery of its forward position could have further infused rupee liquidity. The average system liquidity turned surplus for the week ended August 4 at Rs 13,300 crore compared to a deficit of ~Rs 54,200 crore in the week prior.

“Overnight rates moved higher mid-week in line with the hike in RBI repo rate by 25bps. However, average rates closed at 6.14% compared to prior week’s average of 6.28% on the back of easing liquidity conditions,” Kotak Economic Research said in its weekly report.
—TickerNews Service