The Government expects to mop up about Rs 9,000 crore by selling off land and real estate properties of debt laden Air India, an official said Monday. 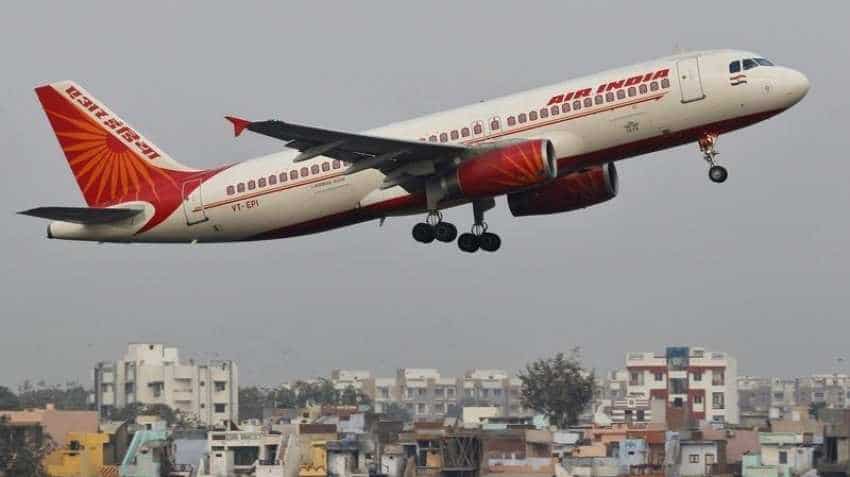 The Government expects to mop up about Rs 9,000 crore by selling off land and real estate properties of debt laden Air India. Image source: Reuters
Written By: PTI
RELATED NEWS

The Government expects to mop up about Rs 9,000 crore by selling off land and real estate properties of debt laden Air India, an official said Monday.

The sale of land, building and other realty assets is part of the government's plan to trim the Rs 55,000 crore debt burden of Air India as this will make the airline competitive and fetch a better valuation when the government plans strategic sale of national carrier again.

The funds raised through sale of the properties would be used to reduce the Rs 29,000 crore debt, held in the SPV.

"We are looking to raise about Rs 9,000 crore from sale of land and property assets of Air India. These include Airlines House in Bombay, realty property in Delhi's Vasant Vihar and land in Baba Kharak Singh Marg, next to Connaught Place," an official told PTI.

The proceeds from sale of AIATSL will also be used to reduce the debt held in the SPV.

"We are going step by step to reduce the debt of Air India. When we hit the markets again with strategic sale of Air India, potential investors will find it lucrative to purchase the carrier. These are all steps towards sale of Air India," the official added.

The national carrier had in September invited bids to sell its properties located across India.

The airline had put up for sale 28 flats in Mumbai, seven flats in Ahmedabad, and two flats and an office space in Pune, besides several other properties across the country.

The government had originally proposed to offload 76 per cent equity share capital of the national carrier as well as transfer the management control to private players.

However, the stake sale failed to attract any bidders when the bidding process got completed on May 31. In June, the ministerial panel decided not to go ahead with Air India stake sale in an election year.

It was decided to make Air India competitive by way of cutting down debt and raising resources by selling land assets and other subsidiaries.