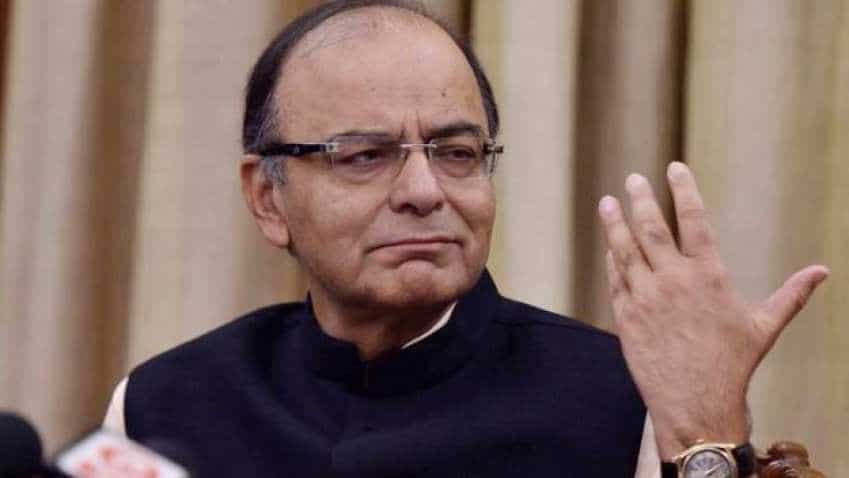 This is the second highest disinvestment proceeds in a financial year after the government last fiscal mopped up a little over Rs 1 lakh crore in 2017-18, helped by ONGC acquiring government's entire 51.11 per cent stake in oil refiner HPCL for Rs 36,915 crore.

In the current fiscal, the government is eyeing Rs 14,500 crore by way of sell of its 52.63 per cent stake in REC to state-owned Power Finance Corporation (PFC).

Besides, the fifth tranche of the CPSE ETF, which ended Friday, has garnered Rs 10,000 crore to the exchequer. Through the issuance of two tranches of the CPSE ETF in the current fiscal, the government has raised Rs 27,000 crore.

In a tweet, Jaitley said, "As against a target of Rs 80,000 crore for disinvestment for the current year, the divestment receipts have touched Rs 85,000 crores today".

In 2017-18 fiscal, the record proceeds of Rs 1 lakh crore were achieved against a budget target of Rs 72,500 crore. For the next fiscal, the disinvestment target has been fixed at Rs 90,000 crore.

In a tweet, Secretary DIPAM said, "For the second year in a row, DIPAM (Department of Investment and Public Asset Management) has exceeded the Revised Estimates. During the current fiscal year, DIPAM has realised the proceeds through 28 transactions".