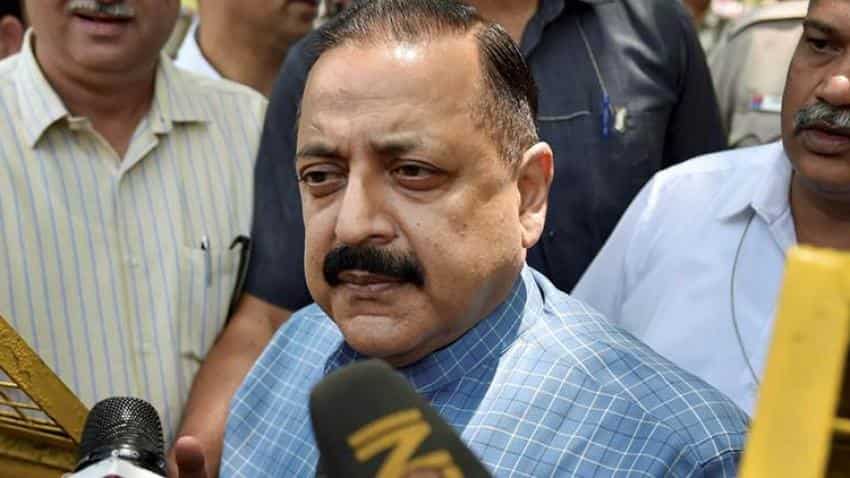 The forum will be co-chaired by the Vice-Chairman of the Niti Aayog and Secretary of DoNER. Image source: PTI
Written By: ZeeBiz WebTeam

The government has created an exclusive forum at the NITI  Aayog to prepare plans for the development of the northeast region, Union Minister Jitendra Singh said today.

The forum will be co-chaired by the Vice-Chairman of the Niti Aayog and Secretary of  DoNER. Addressing a press conference in New Delhi, the Union Minister of State (Independent Charge) for Development of North Eastern Region (DoNER)  said that the forum will look at various proposals both at the central and the state levels and prepare plans for the speedy development of the north-eastern region.

Highlighting measures taken for the development of the region during the last four years, Singh said the 90-year-old "Indian Forest Act of 1927", which was a legacy of the British Raj, was amended through a decision of the Union Cabinet chaired by Prime Minister Narendra Modi, as a result of which "bamboo", which was defined as a "tree" under the Indian Forest Act of 1927, was changed, thereby doing away with the requirement of obtaining a permit for cutting of bamboo on non-forest land for commercial use.

This, he said, is going to be a game-changer for generations to come, by opening new avenues of job generation and entrepreneurship by allowing bamboo cultivation and bamboo use by non-farmers on non-forest lands.

Another decision relates to 100% funding by the central government for projects in the region, which were earlier being undertaken on the basis of centre-state sharing in the ratio of 90:10, he added.

The minister said over the past four years, the region has been given the utmost attention which it deserved and was showed not only physical but also psychological outreach by the central government to the people of the region.

He said the government's Act East policy has enhanced the importance of the region in engaging with South East Asian neighbours.

The central government has taken major initiatives for development of NE region over the past four years. Under the Bharatmala Pariyojna, 5,301 kilometres are in the region has been approved for improvement. Out of this, 3,246 kilometres of road marked for development of economic corridor in northeast.

Also, the bidding process for the India-Myanmar-Thailand Trilateral Highway has begun, he added.

In Railways, gauge conversion has been completed, thereby all operational medium gauge sections have been converted to broad gauge.  Agartala-Akhaura (Bangladesh) rail link supported by the Ministry of DoNER is at tendering stage.

In civil aviation, construction of the New Greenfield Airport at Pakyog (Gangtok, Sikkim) is complete and the license from DGCA is awaited.

In shipping, development of Barak river is taken up in two phases for shipping and navigation purposes.