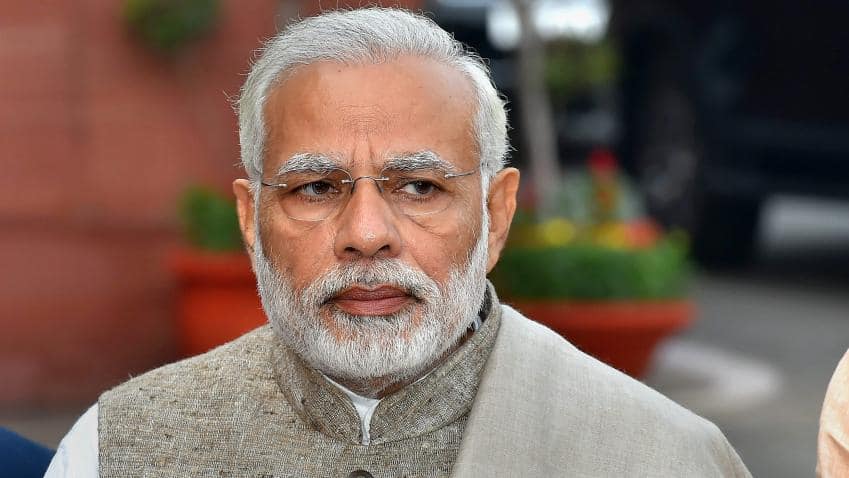 The Cabinet Committee on Economic Affairs chaired by Prime Minister Narendra Modi on Friday approved the second financial restructuring proposal of Konkan Railway Corporation Limited (KRCL), a CPSE under the administrative control of the Ministry of Railways (MoR).

This will shore up the net worth of the Company after implementation of the new accounting standard IND AS.

KRCL will have to present the previous year's Balance Sheet figures restated as per IND-AS, as on March 31, 2016 and those at the opening of the business i.e., as on April 1, 2015. The conversion of the Non-cumulative Redeemable Preference Shares (RPS) into Compulsorily Convertible non-cumulative Preference Shares (CCPS) w.e.f. March 31, 2015 will make KRCL's net worth positive.

It also allowed assigning of additional charge of two circles to two existing Commissioners of Railway safety (CRSs) who will exercise their powers within their existing jurisdiction. These circles will not be under the jurisdiction of CMRS, New Delhi.

Creation of these posts will ensure focused attention on the passenger safety and metro rail operation related issues, in respect of existing, as well as upcoming various metro rail projects.

The cabinet on Friday approved the special package for employment generation in leather and footwear sector. The package involves implementation of Central sector scheme "Indian Footwear, Leather & Accessories Development Programme" with an approved expenditure of Rs 2600 crore over the three financial years from 2017-18 to 2019-20.

The scheme would lead to development of infrastructure for the leather sector, address environment concerns specific to the leather sector, facilitate additional investments, employment generation and increase in production. Enhanced Tax incentive would attract large scale investments in the sector and reform in labour law in view of seasonal nature of the sector will support economies of scale.

The special package has the potential to generate 3.24 lakhs new jobs in 3 years and assist in formalization of 2 lakh jobs as cumulative impact in footwear, leather and accessories sector.

The cabinet on Friday approved the continuation of the existing non lapsable central pool of resources (NLCPR) scheme with funding pattern of 90:10 till March, 2020 with an outlay of Rs 5300.00 crore. It would enable completion of ongoing projects.

The cabinet also approved the introduction of new Central sector scheme of “North East Special Infrastructure Development Scheme” (NESIDS) from 2017-18 with 100% funding from the Central government to fill up the gaps in creation of infrastructure in specified sectors till March, 2020.

The assets to be created under the new scheme of NESIDS will not only strengthen health care and education facilities in the region but will also encourage tourism thereby the employment opportunities for local youth.

The CCEA has also revised financial powers for approval of capital investment subsidy claims upto Rs 500 crore which will be now approved by the Minister of Commerce & Industry. This will facilitate expeditious settlement of claims.

The grant of subsidy to the industrial units will not only provide incentives to the operational units but also boost confidence of existing investors as well as potential investors in the states of NER.

The government has approved the continuation of Centrally sponsored scheme of National Ayush Mission (NAM) from 01.04.2017 to 31.03.2020 with an outlay of Rs 2400 crore over the 3 year period. The mission was launched in September 2014.

The NAM is being implemented by Ministry of AYUSH with the objectives of providing cost effective AYUSH Services, with a universal access which involves upgradation of AYUSH Hospitals and Dispensaries; and co-location of AYUSH facilities at Primary Health Centers (PHCs).

The cabinet on Friday approved the establishment of International Training Centre for Operational Oceanography, as a Category-2 Centre (C2C) of UNESCO, in Hyderabad.

The purpose of this agreement is to establish a training centre towards development of capacity for the countries on the Indian Ocean Rim (IOR), African countries bordering the Indian and Atlantic Oceans, small island countries under the framework of UNESCO.

The Centre will provide assistance in areas of capacity building and training, knowledge sharing and exchange of information, and hence could represent a valuable resource for UNESCO and its Intergovernmental Oceanography Commission (IOC) by enhancing the impact and visibility of UNESCO's action.

Besides, the government also approved signing of MoU between India and Colombia in the field of agriculture and fisheries.