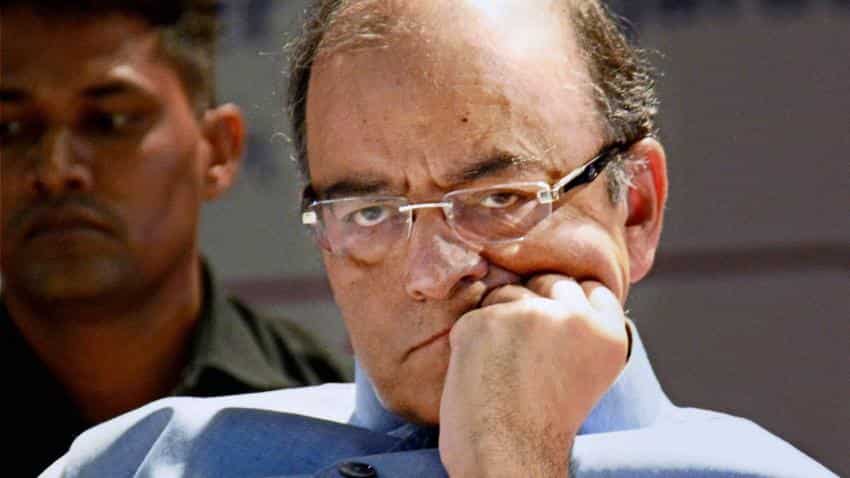 Income tax growth is expected to slow to 15% in this coming financial year which was 24% in FY17 as speculations over higher tax breaks rise. Photo of Finance Minister, Arun Jaitley. Image Source: PTI
RELATED NEWS

Finance Minister, Arun Jaitley’s stance on levying income tax stands to be ‘making taxation more reasonable;’ however, this could cost the government Rs 25,000 crore in FY18.

“Our calculations based on FY14 data indicate that the revenue losses for the government could be in the range of Rs20,000-25,000 crore (c.0.15% of GDP) if the basic exemption threshold on taxable income is raised to Rs3,50,000 from Rs2,50,000 crore (assuming all other tax brackets are left unchanged), a report dated January 9 by Standard Chartered analysts Anubhuti Sahay, Saurav Anand, Kanika Pasricha and Nagaraj Kulkarni said.

Income tax growth is expected to slow to 15% in this coming financial year which was 24% in FY17 as speculations over higher tax breaks rise.

Stating the reason for this slowdown the report said, “…primarily as tax relief partially offsets higher revenue generation from other sources.”

Speculation over the government also reducing corporate tax in the upcoming budget have also been made.

Post demonetisation, Jaitley said that direct and indirect taxes should become ‘more reasonable’ to provide much-needed support to smaller companies that have suffered significantly from the cash squeeze and weak exports.

ALSO READ: Save over 50% tax if new income tax slabs are implemented in Budget of 2017

In 2016, income of small businesses with turnover of up to Rs 2 crores was calculated at 8% of the turnover.

“Now, for such businesses income from digital transactions will be calculated at 6%. This will effectively reduce their tax liability by 25%,” PM Modi said in his New Year eve speech.

Central government finances could also come under pressure with the implementation of Goods and Service Tax (GST) as it will have to compensate state governments for any revenue loss.

However the report said that if within the first year of GST implementation the government is able to generate an increase in indirect tax collection by 0.2% of GDP then central government’s finances could be largely unaffected.

Further, the report added, “A positive surprise is possible if the government is able to generate higher tax revenues on bank deposits of unreported income and increased disclosure of annual income after the currency replacement move.”