PM MITRA is inspired by the 5F vision of Prime Minister, and the '5F' Formula encompasses - Farm to fibre; fibre to factory; factory to fashion; fashion to foreign. 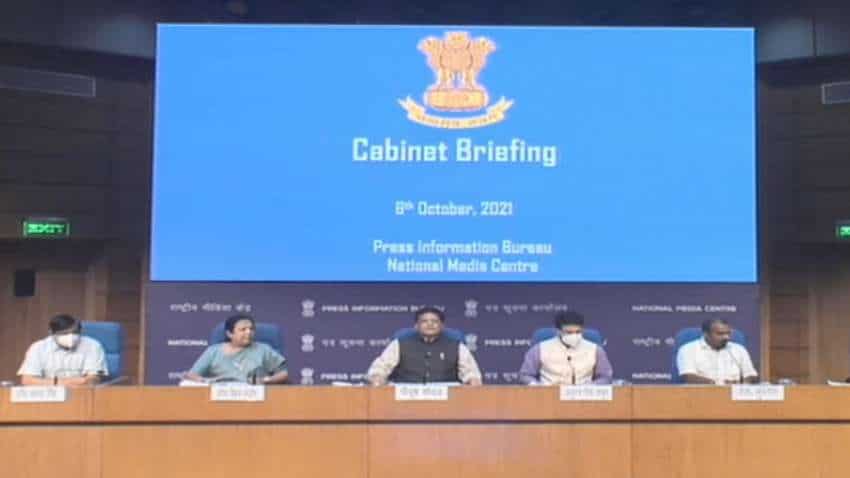 The government of India will also provide a fund of Rs 300 Crore for each PM MITRA Park to incentivise manufacturing units to get established.
Reported By: ZeeBiz WebTeam
Edited By: Shivendra Kumar

In order to build an Aatmanirbhar Bharat and to position India strongly on the Global textiles map, the Government has approved the setting up of 7 PM MITRA parks as announced in the Union Budget for 2021-22.

PM MITRA is inspired by the 5F vision of Prime Minister. The '5F' Formula encompasses - Farm to fibre; fibre to factory; factory to fashion; fashion to foreign. This integrated vision will help furthering the growth of textile sector in the economy. No other competing nation has a complete textile ecosystem like us. India is strong in all five Fs.

The 7 Mega Integrated Textile Region and Apparel Parks (PM MITRA) will be setup at Greenfield / Brownfield sites located in different willing States. Proposals of State Governments having ready availability of contiguous and encumbrance-free land parcel of 1,000-acres along with other textiles related facilities & ecosystem are welcome.

Maximum Development Capital Support (DCS) of Rs 500 crore to all Greenfield PM MITRA and a maximum of Rs 200 crore to Brownfield PM MITRA will be provided for development of Common Infrastructure (30 per cent of the Project Cost) and Rs 300 crore of Competitiveness Incentive Support (CIS) will also be provided to each PM MITRA park for early establishment of textiles manufacturing units in PM MITRA. State Government supports will include provision of 1,000 Acre land for development of a world class industrial estate.

For a Greenfield PM MITRA park, the GOI Development Capital Support will be 30% of the Project Cost, with a cap of Rs 500 cr. For Brownfield sites, after assessment, Development Capital Support at30 per cent of project cost of balance infrastructure and other support facilities to be developed and restricted to a limit of Rs 200 Crore. This is in a form of viability gap funding to make the project attractive for participation of private sector.
The PM MITRA parks will have following:

PM MITRA park will be developed by a Special Purpose Vehicle which will be owned by State Government and Government of India in a Public Private Partnership (PPP) Mode. The Master Developer will not only develop the Industrial Park but also maintain it during the concession period. Selection of this Master Developer will happen based on objective criteria developed jointly by State and Central Governments.

SPV in which State Government has majority ownership will be entitled to receive part of the lease rental from developed industrial sites and will be able to use that for further expansion of textiles industry in the area by expanding the PM MITRA Park, providing Skill Development initiatives and other Welfare measures for workers.

The government of India will also provide a fund of Rs 300 Crore for each PM MITRA Park to incentivise manufacturing units to get established. This will be known as Competitiveness Incentive Support (CIS) and will be paid upto 3 per cent of turnover of a newly established unit in PM MITRA Park.

Such support is crucial for a new project under establishment which has not been able to break even and needs support till it is able to scale up production and be able to establish its viability.

Convergence with other Central Government and State Government Schemes is available as per their eligibility under the guidelines of those schemes. This will enhance the competitiveness of the textiles industry, by helping it in achieving economies of scale and will create huge job opportunities for millions of people. Leveraging Economies of Scale, the scheme will help Indian companies to emerge as Global Champions.