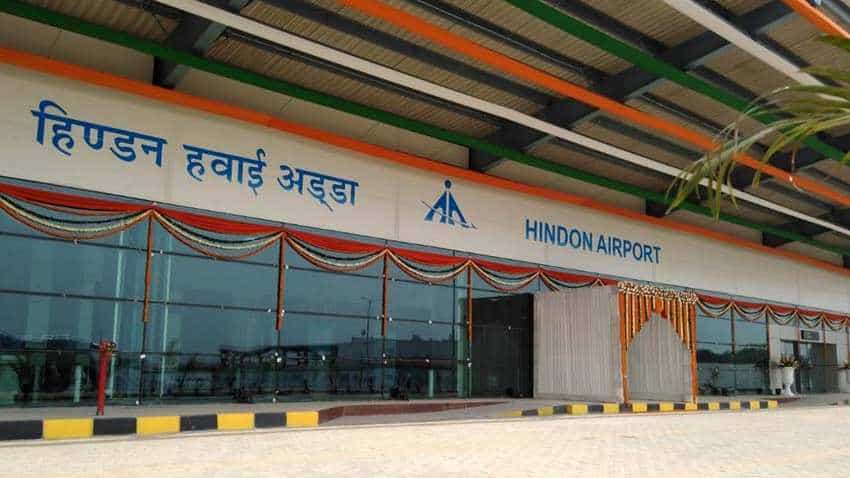 The civil terminal at the Hindon airbase has been built at a cost of around Rs 40 crore. AAI photo

Good news for people travelling to and from Delhi-NCR. The commercial operations at the new civil terminal at Hindon Airbase in Ghaziabad are likely to start by the April-end. PM Narendra Modi had unveiled the plaque to mark the inauguration of Civil Terminal of Hindon Airport on March  8. The new Civil Terminal in Hindon Airport will allow people of Ghaziabad to board flights from Ghaziabad itself, instead of going to Delhi.

While the Ministry of Civil Aviation had awarded four routes under Regional Connectivity Scheme - UDAN to the airport, no civilian flight has started from it so far. As per reports, four airlines - IndiGo, Heritage Aviation, Ghodawat (Star) Airlines and Turbo Aviation.

An HT report claimed that airlines are waiting for the terminal to be ready before starting flight operations. The Airport Authority of India had said that all civil work has already been completed and some minor works are in progress.

The civil terminal at the Hindon airbase has been built at a cost of around Rs 40 crore. The terminal has a handling capacity of 300 passengers during peak hours. The airport Infrastructure was developed by the AAI while the approach road was constructed by the state government.

The terminal was expected to start operations in January this year. However, the inauguration was delayed for various reasons.

Salient features of the Hindon Airport: