The recent International Monetary Fund (IMF) report, further downgrading the global economic estimates has only strengthened the position of the yellow metal which is traditionally the safe haven for investors 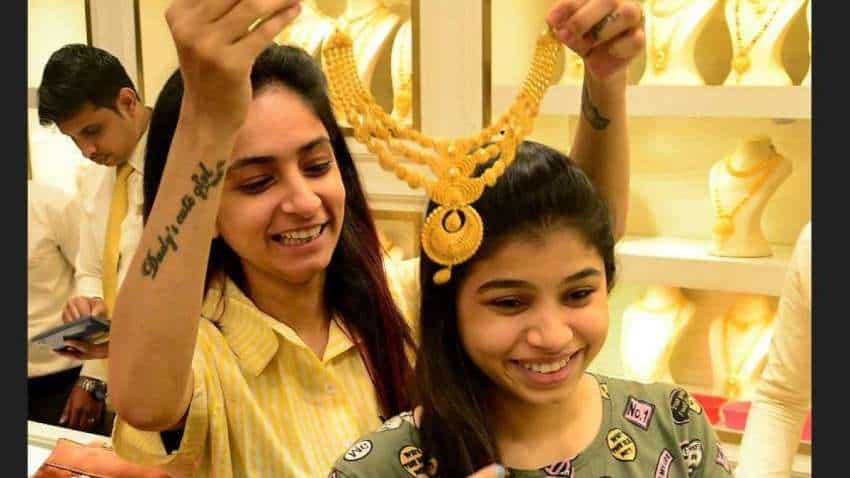 Know what is Gold ETF, Debt ETF and more | Money-making made easy - Explained in easy steps

Gold price has been rising continuously. Investors worried about safety of their money have invested heavily in it. While yellow metal rate has been climbing fast, it is all set to skyrocket! Cutting through the jargon are experts. The outlook for gold remains positive in the near term as global economic uncertainties continue to linger, denting confidence of the investors, Senior Technical Analyst Anuj Gupta said. The recent International Monetary Fund (IMF) report, further downgrading the global economic estimates has only strengthened the position of the yellow metal which is traditionally the safe haven for investors as a hedge for their investments.

He further said that there are no indications of the coronavirus situation getting resolved any time soon. This in itself is a good reason for the precious metal to move north. India which is now at the fourth position in terms of the number of cases reported, has recorded over 4.9 lakh case as of Thursday.

Gupta who is a Deputy Vice President, Commodity and Currency Research at Angel Broking expects the August Gold futures to trade between Rs 48500 and Rs 49500 during the next week.

Gupta said that though the traction for physical gold was still not significant, investment in ETF, Sovereign Gold Bonds (SGB) has been seeing an uptick. He said that the April month saw record buying of ETF on the Multi Commodity Exchange (MCX).

IANS quoted analysts expecting domestic futures to hit Rs 52,000 per 10 grams in the next few months, till Diwali.

Experts also predict that with the current trend, gold may reach historic levels around Rs 65,000 per 10 grams in two years time!

Prathamesh Mallya, AVP Research, Non-Agro Commodities & Currencies at Angel Broking, said that with the global output to contract and the economies in a deeper recession than most anticipate, gold as an asset class is a safe bet for investors.

He was also of the view that in the international market price of the metal may move towards $1,850 per ounce and in the domestic market it is likely to move higher towards Rs 50,000 per 10 grams.

Industry insiders like Aditya Pethe, Director, WHP Jewellers said: "I basically feel that the current trend for the gold is bullish and for the coming next 2 years, it is likely to move upwards. No one can predict the exact price as currently the trend is on rise but it might change after 6 months. In general for the coming 6 months to one year, the gold prices are likely to cross $2,000 which comes to roughly Rs 55,000. For a temporary moment it may reduce, basically fluctuate as well but overall trend of gold is going to be bullish."

On his part, Ishu Datwani, Founder, Anmol Jewellers said: "Yes - it`s very likely that the gold price could easily go up to Rs 60,000-Rs 65,000 in the next two years. There is also a possibility of it going up even more."

Gold prices edged higher on Friday and were headed for a third weekly gain on worries about rising coronavirus infections worldwide, although a firm dollar and a gain in equities blunted safe-haven demand. Spot gold was up 0.1 per cent at USD 1,762.79 per ounce as of 0718 GMT. Bullion has risen more than 1 per cent so far this week, with prices scaling a near eight-year high of USD 1,779.06 on Wednesday. U.S. gold futures rose 0.1 per cent to USD 1,772.90.

Know what is Gold ETF, Debt ETF and more | Money-making made easy - Explained in easy steps