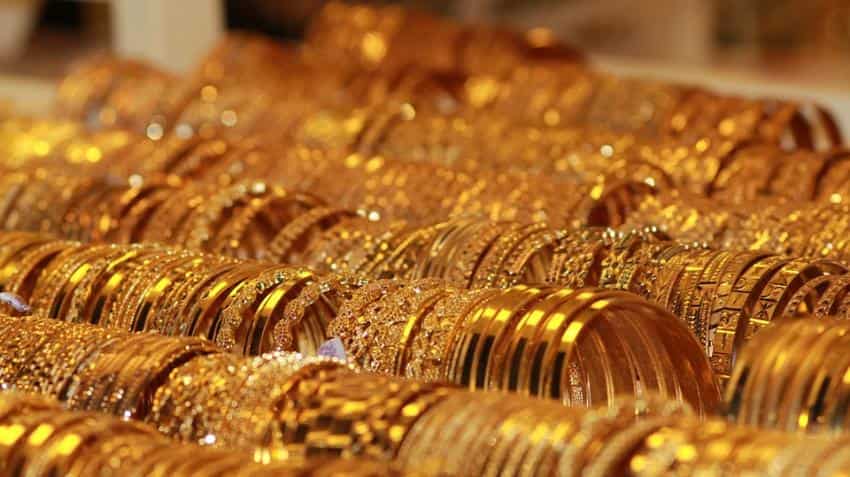 Gold price in India today: Price of yellow metal in India witnessed uptick, as both 24 karat gold in various gram and 22 karat gold in various grams saw positive momentum. The trend in Indian gold prices were in line with global prices, as they surged during the day due to drop in dollar index as investors await the outcome of the U.S. Federal Reserve`s meeting this week for signs of the pace of monetary tightening, which could limit the demand for bullion going forward.   In previous day, both gold and silver prices in India, were trading on a mixed note.

Gold in India has been a perfect hedge against inflation over the years, as investors are increasingly looking at it as an important source of investment.

The dollar index, which measures the greenback against a basket of six major currencies, slipped down 0.1 percent to 90.256 after climbing to 90.445 on Tuesday, its highest in almost three weeks, said a Reuters report.

"Dealers will be looking at forward guidance to determine the dollar`s prospects, and therefore that of gold," said Alasdair Macleod, head of research with Toronto-based Goldmoney Inc in the report.