Short-term movement in gold will be driven by the USD, US treasuries and March Fed meeting. 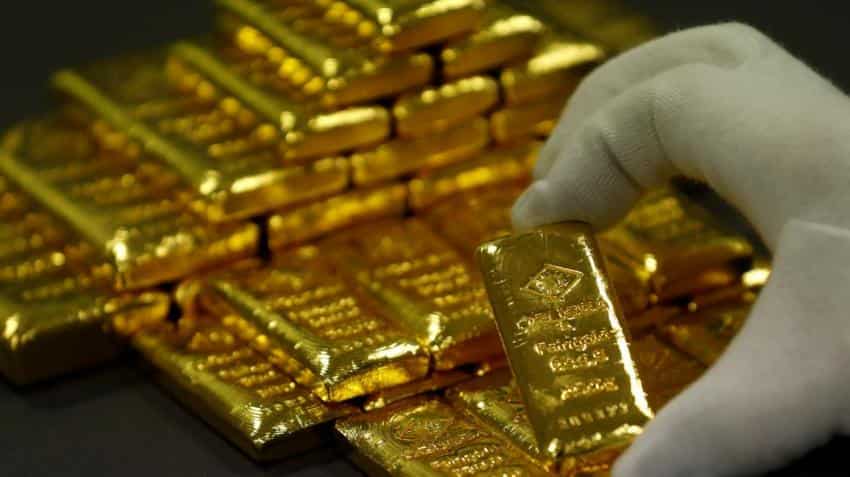 Gold Comex prices recovered from a 5-week low to reach a 3½-week high last week, mainly cushioned by the broad based selling in the U.S. dollar after global riskier asset classes including industrial metals managed to rebound with good amount of recovery from their recent lows.

It was a biggest weekly gain in two years despite a bit of the rebound in the U.S. dollar on last Friday from 3-½-year low. Gold in rupee term gained 2.6 per cent last week.

Possibility of a March rate hike, soaring US bond yield and concern over aggressive pace of rate hike are the factors that may play pivot role in pausing rally for a short-term.

Let’s have check on four key indicators that is mainly tracked to gauge the direction of gold:

1) US Fund rate hike timing: Odds for a March rate hike has jumped to 81.7% last week from a week ago level of 76.1%, according to Fed Rate Monitor tool, could be taken as a strong proxy for a rate hike in March.

US January NFP report showed that the US economy added 200k new jobs, more than forecasted, and wage growth accelerated to 2.9% YoY, the most since 2009. Rising wage growth upped the outlook for inflation and underlined the case for the Fed to raise interest rates at a faster pace this year.

Looking forward, inflation is seen as a key-driving factor for precious metals apart from US currency and some others. Two different set of opinion w.r.t. How inflation will influence and impact the prices of shiny metals has emerged. One school of thought firmly believes that rising inflation will force the US Fed to adopt the path of aggressive fund rate hike, which in turn will have negative repercussion on the prices of gold as it get dumped for interest bearing assets like bonds.

Second school of thought, in which we also fall, believe that continuous rise in the inflation, which is the likely case for coming months, will up gold’s historic hedge against inflation appeal, giving strong enough reason to buy or hold gold for medium-term. Former thought may provide some kind of topsy-turvy move in short-term.

Still, US dollar is facing challenges on the view that the global economic recovery will be faster than the US and, other central banks, mainly ECB and BOJ, will soon begin unwinding ultra loose monetary policy at a faster pace.

To conclude, short-term movement will be driven by the USD, US treasuries and March Fed meeting. As March US Fed monitory policy meeting is approaching, in which they will probably hike fund rate by another 25 bsp. Gold’s coming move can be categorised in two ways unless something unforeseen happens.

First, gold will face some pressure during two-week immediate before Fed meeting that begins on March 21 and second, immediate after meeting prices will probably resume its gaining momentum as it did in last meetings of ongoing rate-hike-cycle started in December 2015. Worth noticing is that prices have entered its key congestion zone of $1360-$1375, which has triggered selloff 4-5 times in past two years, any failure to break $1375 will provide short-term traders a strong reason to go short in the gold for $1309/$1270 especially when the possibility of a rate hike is almost yes in coming meeting.

In medium-term to long run, gold prices will be cushioned by the era of rising inflation that will probably take the prices above $1520 per ounce either in H2, 2018 and in 2019. But for that, prices should be sustaining above $1375 an ounce.