According to industry experts, softening prices of the precious metal in the domestic and world markets could be the reason for the dip in imports. 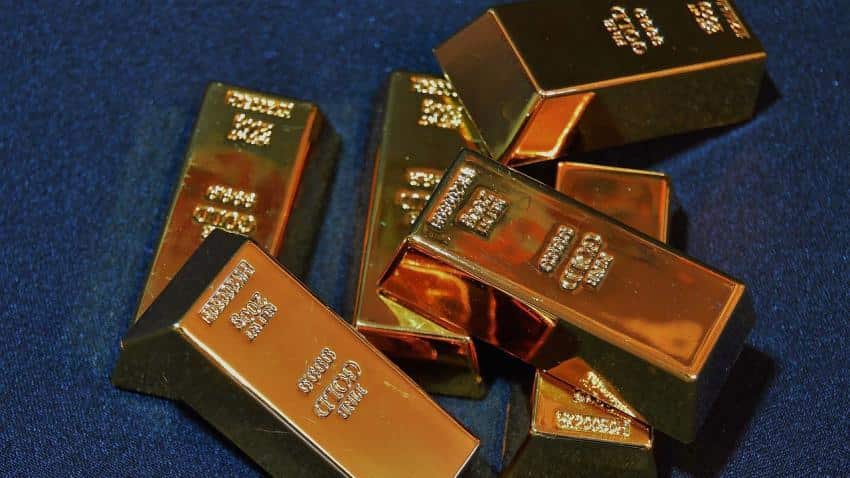 Total imports of the precious metal in the corresponding period of 2015-16 stood at $29.31 billion. Photo: Pixabay

India's gold imports fell by about 32.7% to $19.74 billion during the April-January period of this fiscal, which is expected to keep a lid on the current account deficit.

Total imports of the precious metal in the corresponding period of 2015-16 stood at $29.31 billion.

According to industry experts, softening prices of the precious metal in the domestic and world markets could be the reason for the dip in imports.

Cash crunch in the system in the wake of demonetisation also impacted the inbound shipments.

Gold imports dipped by about 30% to $2.04 billion in January as against $$2.91 billion in the same month last year, according to the commerce ministry data.

The contraction in imports helped in narrowing the trade deficit to $86.38 billion in April-January period as against $107.74 billion in the same period previous year.

India is one of the largest gold importers in the world, and the imports mainly take care of demand from the jewellery industry.

In volume terms, the country's total official gold imports declined to 60 tonnes in April-July of this fiscal, much lower than 250 tonnes in the year-ago period.

The imports remained stable at around 100 tonnes in November despite fall in sales of jewellery due to the cash crunch following demonetisation.

According to experts, the rural demand was hit due to the currency ban and restriction on withdrawal of money form banks and ATMs.