In 1977, he threw Coca-Cola out of India and two-and-a-half decades later, put spokes in the sale of India's second-biggest fuel retailer HPCL to the likes of Reliance Industries and Royal Dutch Shell. 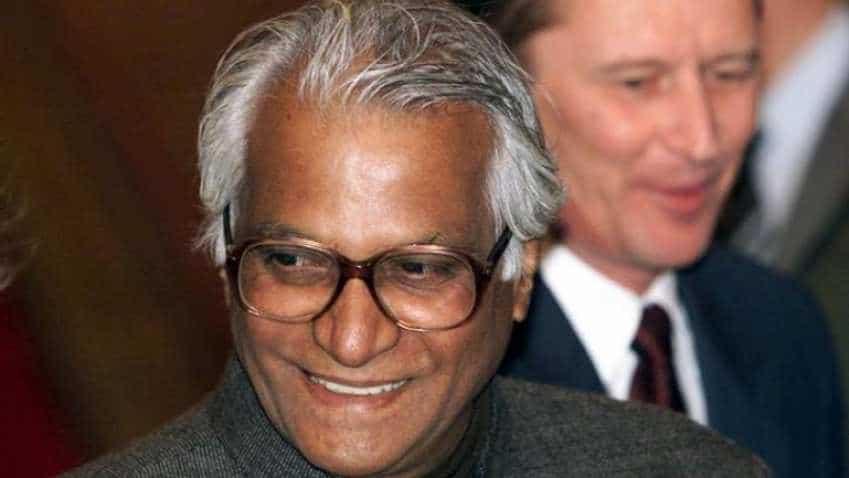 Fernandes was the industry minister in the post-Emergency Morarji Desai government in 1977 when he decided to throw Coke as well as IBM out of India. Image source: Reuters

In 1977, he threw Coca-Cola out of India and two-and-a-half decades later, put spokes in the sale of India's second-biggest fuel retailer HPCL to the likes of Reliance Industries and Royal Dutch Shell. That was George Mathew Fernandes, former defence minister in the Vajpayee government who died Tuesday.

A firebrand trade unionist and socialist, Fernandes was the industry minister in the post-Emergency Morarji Desai government in 1977 when he decided to throw Coke as well as IBM out of India over their refusal to follow the provision of what was then the Foreign Exchange Regulation Act (FERA).

The provision stipulated that foreign companies should dilute their equity stake in their Indian associates to 60 per cent.

Fernandes wanted Coca-Cola Company to not just transfer 60 per cent of the shares of its Indian firm but also the formula for its concentrate to Indian shareholders. The company said it was agreeable to transferring a majority of the shares but not the formula, which it contended was a trade secret.

The company exited the Indian market as the government denied a licence to import Coke concentrate. Fernandes then introduced a substitute indigenous drink called '77'.

Coca-Cola, however, made a comeback in October 1993 post-liberalisation of the Indian market by the P V Narasimha Rao government and has maintained a strong presence ever since.

He was the defence minister under Prime Minister Atal Bihari Vajpayee but never shied away from speaking his mind about the disinvestment and even put it in writing that the sell-off policy was "making the rich richer and creating a private monopoly".

Fernandes, who was also the NDA convener, was often used by others in the ruling alliance to train guns on the then Disinvestment Minister Arun Shourie.

After weeks of a political tug of war, Vajpayee reached a compromise that HPCL will be sold off while disinvestment of BPCL was put off to a later date. But Fernandes insisted that state-owned firms be allowed to bid alongside Shell, Saudi Aramco, Reliance, Petronas of Malaysia, Kuwait Petroleum and Essar Oil for HPCL.

Those opposed to privatisation of HPCL and BPCL also took refuge under the Nationalisation Act saying the Parliament alone had the powers to privatise firms that were nationalised through a law passed by it.

The Supreme Court on September 16, 2003 also ruled that the government should seek Parliament's approval before proceeding with the sale of HPCL and BPCL. With general elections only a few months away, the NDA did not risk going to the Parliament.

It is another matter that the NDA in its second stint, last year, sold the government's entire 51.11 per cent stake in HPCL to ONGC for Rs 36,915 crore.

George Fernandes dead at 88; Was Defence Minister in Vajpayee government